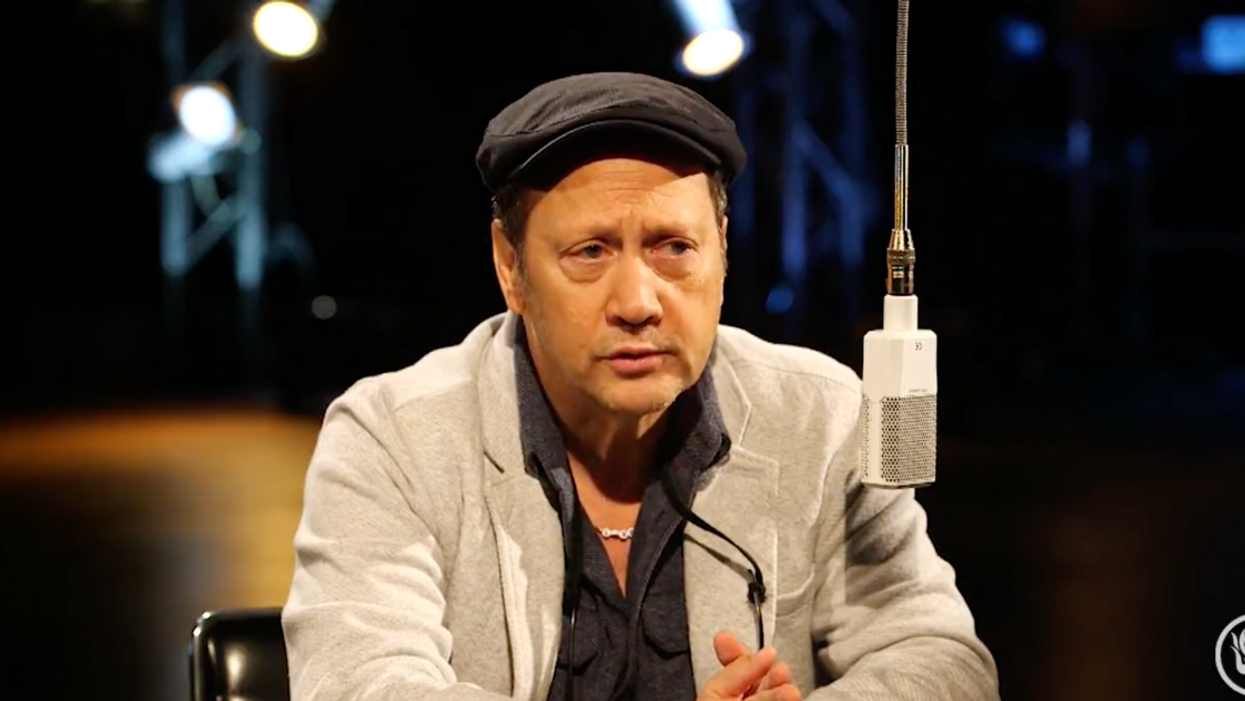 Actor and comedian Rob Schneider was roasted online after he declared he is willing to “lose it all” for his MAGA beliefs, stressing his support for former Republican President Donald Trump’s campaign slogan was linked to racism and regarded as an example of dog-whistle politics and coded language by journalists, academics, politicians and the general public alike.

Schneider—who rose to fame starring on Saturday Night Live in the early 1990s—told conservative political commentator Glenn Beck he’s long past caring about his career and instead cares about “my children and the country they’re going to live in.”

You can hear what Schneider said in the video below.

\u201cOn the Glenn Beck Podcast, @RobSchneider tells me why he’s “ABSOLUTELY” willing to lose it all for what he believes: “I DON’T CARE about my career anymore. I care about my children and the country they’re going to live in.”\u201d

When asked by Beck whether he would “lose it all” for what he believes in, Schneider gave the following rambling answer:

“Absolutely, because if you don’t have it, then we have nothing. I don’t care about my career anymore. I care about my children and the country they’re going to live in.”

“They would go over with the bombers and half would come back, two-thirds would come back, you know, but they were dying. And there was one particularly awful week, two weeks where there was a very high percentage of these pilots getting blown out of the sky and getting killed.”

“And the chaplain woke up and said, ‘Humanity has come out of the dark ages. We’ve come out of where people get burnt at the stake, people would go along with this and there’s a darkness that we have come out of and into a more enlightened period, a more freer [sic] period.”

“And he said, ‘This is a step back into those [sic] darkness, into the darkest parts of humanity and we need to stand up for that now. And that requires this. So they all flew.”

When Beck concurred, saying humanity is “there again,” Schneider nodded, saying “we require a new set of fliers,” a striking endorsement of a movement Democratic President Joe Biden last week said is akin to “semi-fascism.”

\u201cWait…so all of that other stuff was Rob Schneider CARING about his career?\u201d

\u201cThis conversation could only be more pathetic if Pauly Shore joined it.\u201d

\u201cIt’s really cute how Rob Schneider thinks he still has a career.\u201d

These days, Schneider isn’t doing much other than cameos in his friend and fellow former SNL cast member Adam Sandler’s movies, but he still found time during his interview to slam SNL for its widely seen cold-open featuring Kate McKinnon as Hillary Clinton singing a rendition of Leonard Cohen’s “Hallelujah” after Trump won the 2016 presidential election.

Schneider said he knew it was “over” for the series after that particular sketch, saying:

“I hate to crap on my old show. I literally prayed, ‘Please have a joke at the end. Don’t do this. Please don’t go down there.'”

Schneider went on to say he believes SNL is “indoctrinating” viewers and that’s “how you know it’s not interesting anymore.”