For as long as most Singaporeans remember, cats have been disallowed in HDB flats.

However, the Government is finally considering changing this age-old rule. 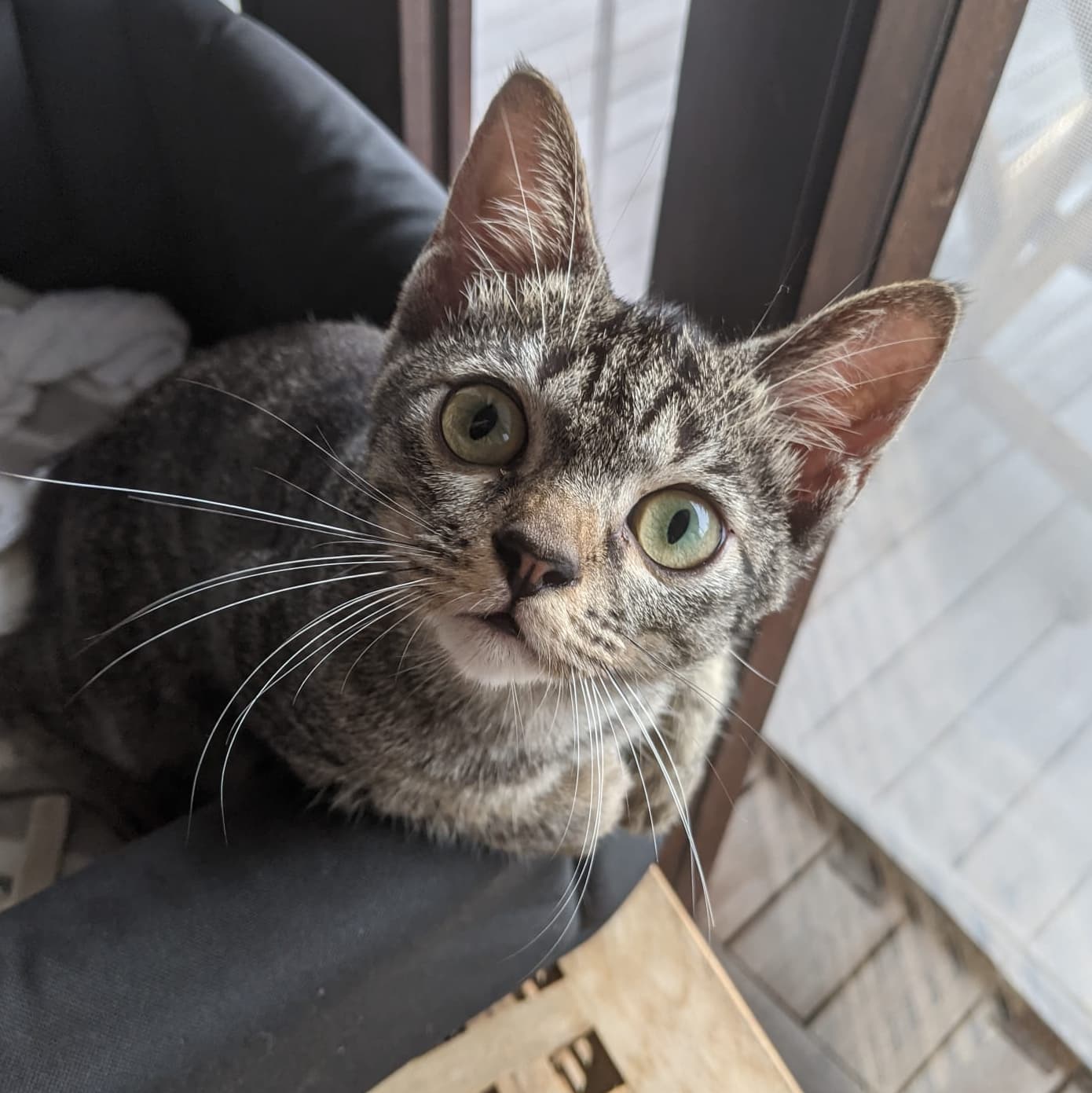 First, public feedback on this is being sought via an online survey, along with other cat-related matters.

Nee Soon MP Louis Ng excitedly shared the positive developments in a Facebook post on Saturday (3 Sep), saying that the Government is “seriously reviewing and exploring” the issue. 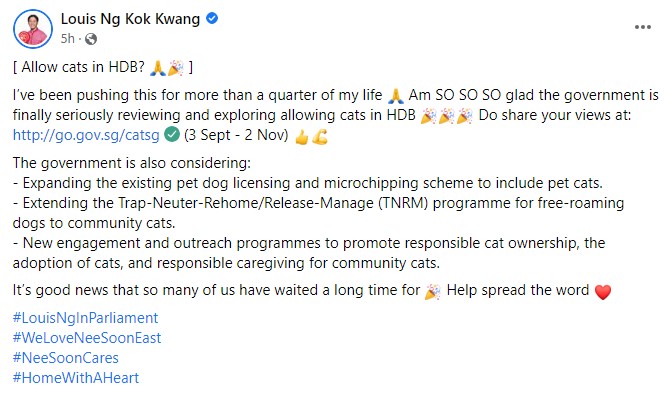 Unsurprisingly, he added that he was “SO SO SO glad” over this, considering that this is something that he has been campaigning for in Parliament for the longest time. 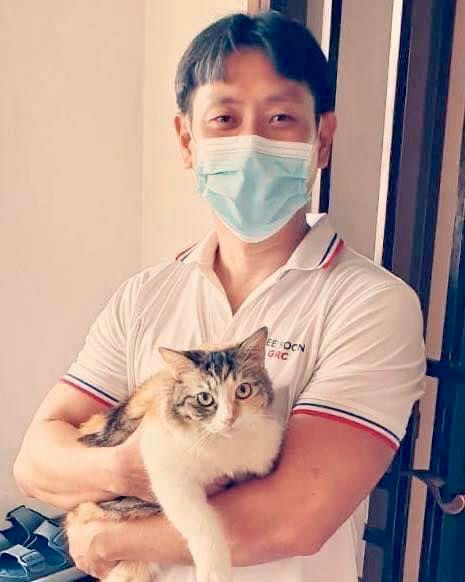 Before the rule can be done away with, the Animal & Veterinary Service (AVS) is seeking feedback from the public in the form of an online survey.

The survey will ask Singaporeans about the agency’s proposed strategies for managing pet cats and community cats in Singapore that aim to safeguard public health and that of our cats.

One of the questions will ask directly whether a respondent supports allowing cats in HDB flats or not. 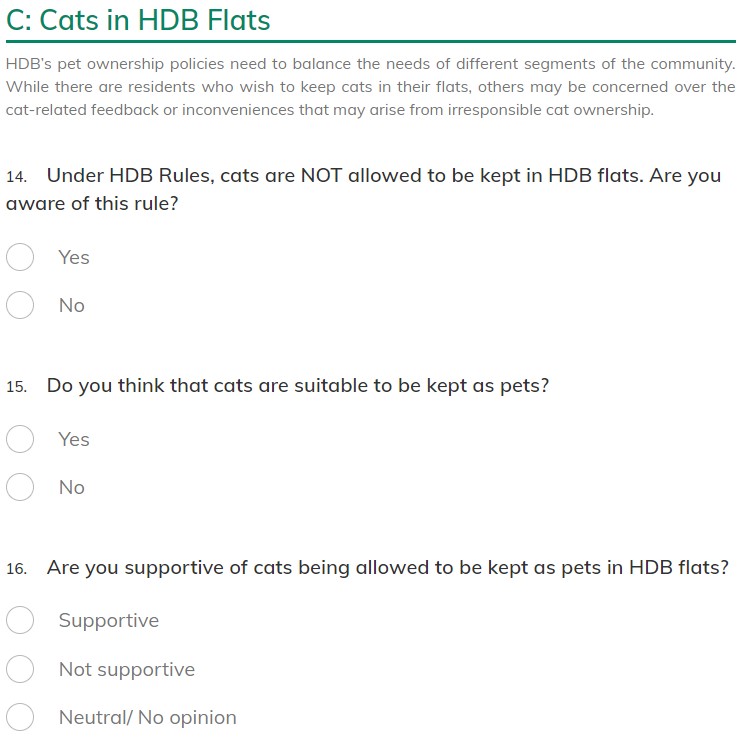 Ostensibly, the AVS is trying to strike a balance between opposing sides by first gauging the amount of public support for allowing cats in flats.

Besides cats in flats, the AVS is also seeking views on other cat-related measures like: 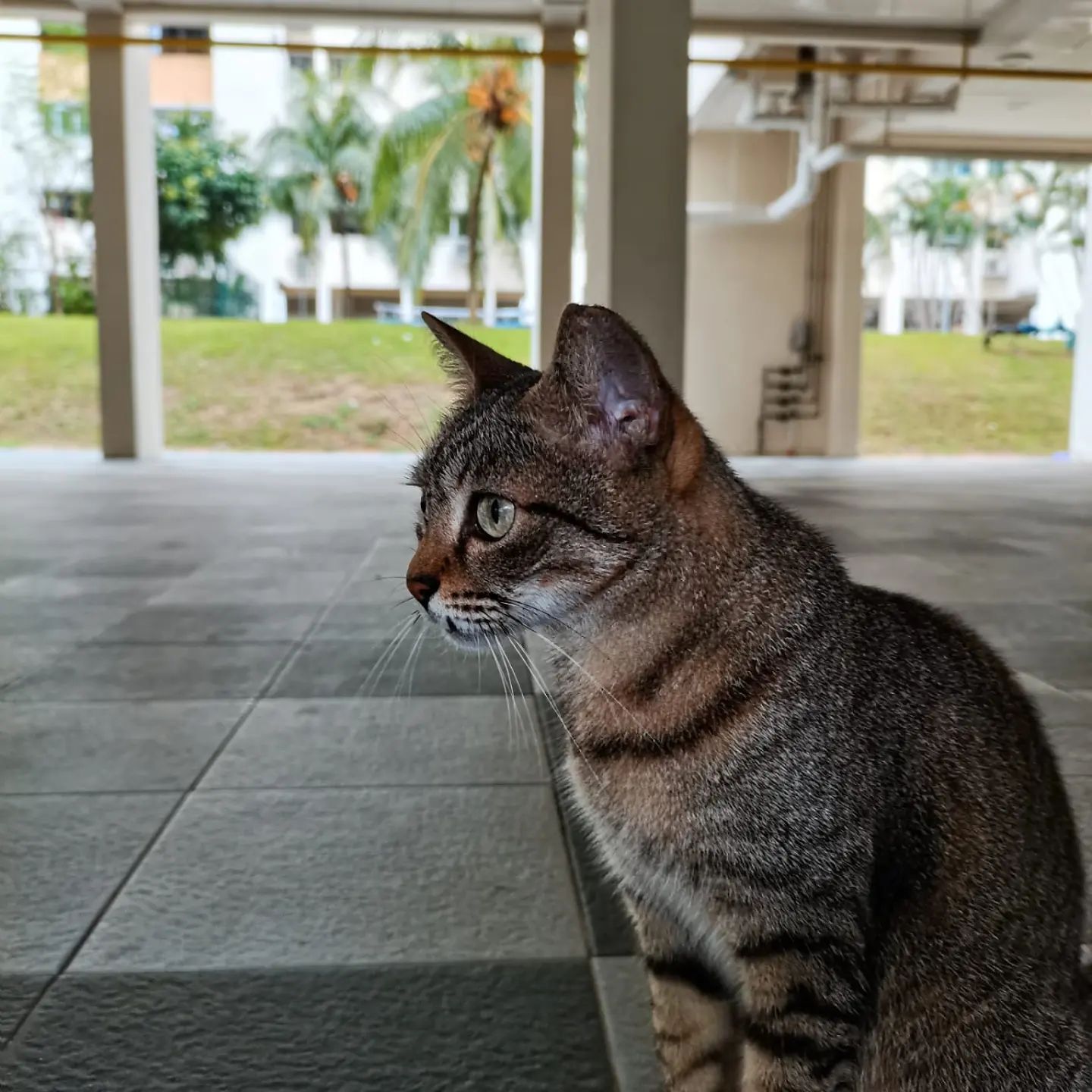 As of now, cats are still unequivocally not allowed in flats, according to HDB’s website.

This rule has caused heartache to residents forced to part with their furry friends due to neighbours’ complaints.

Many have railed against it for years, so they’ll agree that the Government’s move to consider allowing cats in flats is a long time coming.

However, some residents maintain that responsible pet ownership should be emphasised, whether said pet is a cat, dog or any other animal.

So if you want your views over cats in flats to be heard, do fill in the survey at http://go.gov.sg/catsg from now till 2 Nov.

Have news you must share? Get in touch with us via email at news@mustsharenews.com.