MAGA Fan Ted Nugent Weighs In On Ozzy Osbourne’s Decision To Move To ‘Tyrant England’ Rather Than Stay In L.A. 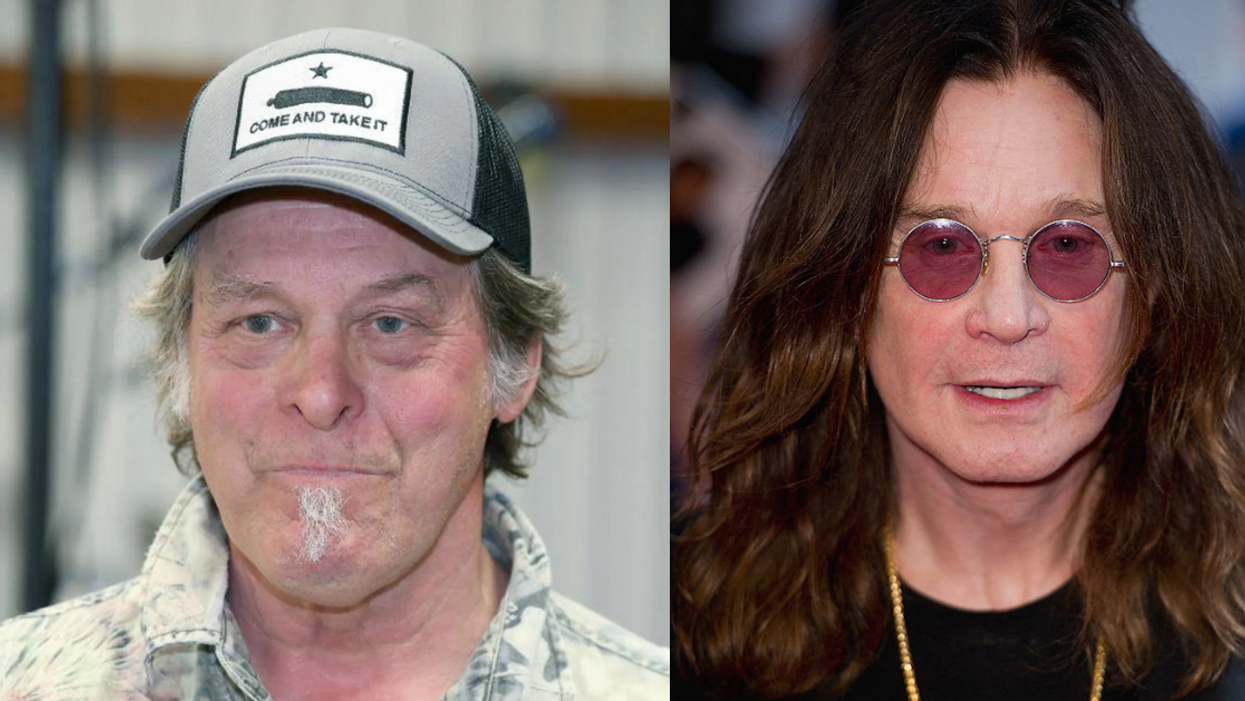 Osbourne and his wife Sharon said their decision to move back to England is in part a moral one, citing concerns about the number of mass shootings across the United States, and Osbourne told reporters that he is “fed up with people getting killed every day.”

These remarks were about the United States in general and not Los Angeles in particular, but they nonetheless angered Nugent, who called the city a “murder capital” and “hellhole,” regurgitating right-wing views about crime in major cities being the result of Democratic policies.

You can hear what Nugent said in the video below.

“I just don’t go to high-crime murder zones where you have to sidestep feces and needles in the streets and you see people defecating right there on the sidewalk.”

“And I don’t mean rarely, I mean it’s becoming standard operating procedure. So it’s another manifestation of a cultural abandonment, cultural deprivation that is orchestrated glaringly obviously by the Democrat party and all their cronies.”

\u201cOh, Ted @TedNugent. I saw you in my town’s community center in Florida back in the late 60s. Loved you all these years. Until, you showed yourself to be a #MAGAMORON. Now its a hearty adios. Hope your Cat Scratch Fever consumes you.\nhttps://t.co/rS9wfclZac\u201d

\u201cTed Nugent: Ozzy Osbourne Would \u201cRather Live in a Tyrant England\u201d Than in \u201cHellhole\u201d Los Angeles. Say Ted are you against Tyrants? If so then why do you kiss Trumps behind?\u201d

\u201c@TedNugent why don’t you join him? I have a feeling that wherever you are living would be a hellhole. https://t.co/jmXdfnKd0z via @Yahoo\u201d

\u201cTed Nugent weighed in on Ozzy Osbourne’s decision to leave Los Angeles and move back to England (and completely missed Ozzy’s point in the process). https://t.co/wWiOls2av3\u201d

\u201cTed Nugent: Ozzy Osbourne Would \u201cRather Live in a Tyrant England\u201d Than in \u201cHellhole\u201d Los Angeles https://t.co/9nAoUahUpw via @Yahoo\nTed no one cares what you think. The Cat Scratching you brought on a Fever that roasted your morals and your mind.\u201d

Nugent has proven himself to be one of former Republican President Donald Trump’s most loyal supporters and has garnered criticism for backing the MAGA movement that continues to undermine American democracy by regurgitating Trump’s “Big Lie” that the 2020 general election was stolen.

Earlier this year, Nugent encouraged a crowd of Trump’s supporters to go “berserk on the skulls of the Democrats,” a suggestion that prompted many to condemn him for calling for violence.

Nugent has previously made statements critical of former Democratic President Barack Obama that were perceived as threatening and that led to his being the subject of an investigation by the Secret Service.