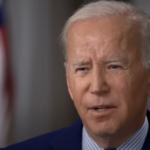 The national polls are reflecting voters’ positive opinions regarding Joe Biden. POTUS’ approval rating just hit 45 percent, the highest in a year. People have noticed he dropped the mild demeanor and let the old “fighting Joe” come out. Voters clearly like this more realistic steely-eyed man at the helm of the nation.

The NBC News poll gave the president just what he needed as the country rounds the last corner before the midterm elections in November. Among women, POTUS hit 52 percent, which will show up in the Senate and House races. That was up five percentage points since August when women gave him a 47 percent rating.

‘We often think about wave elections. But this year, we may think instead about a “waves” election where unprecedentedly strong crosscurrents push voters in different directions, with an end result that may not be what we expected.’

The GOP pollster McInturff was on the same page:

‘There is a campaign about the economy, cost of living, crime, and border security, and Republicans are winning this campaign. But there is a second campaign on abortion, democracy and climate change, and Democrats are winning that campaign.’

When the Supreme Court loaded with Trump appointees overturned Roe v. Wade, women and men responded negatively. It was a turning point in Biden’s presidency, as NBC News reported:

‘Democrats have pulled even with Republicans ahead of November’s midterm elections, fueled by six in 10 voters who disapprove of the Supreme Court decision to overturn Roe v. Wade; President Joe Biden’s approval rating improving to its highest mark since October, and by Donald Trump’s favorability rating dropping to its lowest point in more than a year.’

Latinos have been a moving voting block, but they gave him a 48 percentage point approval. That was up an astounding eight points from 40 percent last month.

The vote among younger Americans aged 18 to 36 years old moved President Biden up to a 48 percent approval, a whopping 12 points since August’s 36 percent.

However, among Independents, POTUS only hit 36 percentage points. And among suburban voters, President Biden was at 43 percent. But among older Americans, 46 had a full 47 percent approval rating.

Last week, the Associated Press-NORC poll showed the president up to 45 percent which was an astounding leap of nine percentage points since July.

People noticed President Biden moving on big legislation. There was the CHIPS bill to encourage semiconductor chip manufacturing in the U.S. The president also signed into law a bill to help veterans. He believes that “burn pits” caused his son Beau’s deadly brain cancer:

‘[The] bill to boost investments in semiconductor chip manufacturing, a bill to provide aid to veterans exposed to toxic burn pits while serving, and Democrats’ $750 billion investment to address climate change and lower prescription drug costs.’

In addition, the American president saw his polls rising as the price of gas lowered every day throughout the summer. That was one of the two best indicators of economic improvement. The other was the cost of food, which remained expensive.

President Biden ranked high during the honeymoon phase of his presidency and on through his first year in office. Unfortunately, inflation, immigration, and the economy tugged his rank down.

The NBC News poll interviewed a random sampling of  1,000 registered voters. The poll was conducted from September 9 through 13. And the margin of error was a comfortable +/-  3.1 percentage points.

Scott Pelley of 60 Minutes interviewed a very serious President Biden which aired Sunday. He asked about “Taiwan, inflation, the classified documents found in former President Trump’s home.” This is the president Americans like.

In Gloria Christie Reports & Three White Lions Substack newsletters. Christie is a political journalist for the liberal online newspaper The Bipartisan Report. Gloria Christie Report her newsletters are for people on the go. Written in her own unique style with a twist of humor in a briefer version of Bipartisan Report. Christie’s Mueller Report Adventures In Bite-Sizes a real-life compelling spy mystery (in progress). Find her here on Facebook. Or at Three White Lions her book on Amazon Kindle Vella.

Will Wall Street’s Enthusiasm About Datadog Lead To Big Gains?

3 Meme Stocks to Avoid No Matter What Anyone Says