Wearing the Indian jersey is the ultimate feeling – Jhulan Goswami 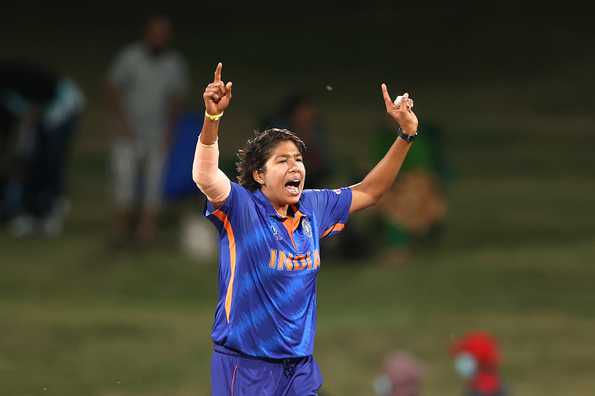 Jhulan Goswami is a name which has been synonymous with the Indian Women’s cricket team over the last two decades. Jhulan has done yeoman service to Indian cricket, which is well documented, and that she is a legend of world cricket can’t be debated. Jhulan, who has been an impeccable editorial on fast bowling, is set for her final run, having covered miles across the world.

Jhulan’s CV includes 353 international wickets and in ODIs, she tops list by some margin. Raw pace gave way to immaculate line and length bowling over the years and that she is still going off on a high is testimony to her strong persona and will power.

“When I started, I never thought about playing for such a long time. It was a great experience that I’ve enjoyed and learnt from,” Jhulan said at the online press conference on Friday (September 23) ahead of the third ODI against England, which will be her last international appearance.

Harking back on her illustrious career, Jhulan mentioned about her training days and how it felt while playing for India for the first time. “Those days we used to represent the Women’s cricket association of India, and since 2006 we’ve been under the umbrella of the BCCI. It was a different feeling. I never thought about it… being from Chakdaha, coming back to train and everyday I was going two and half hours on a one way journey.

“Do training, come back and then again the next morning I’d go. I think the best memories when I first represented India – getting my India cap from my captain was an amazing feeling and bowling that first over in my career – that was the most important moment in my life.”

The World Cup held in 1997 in India made her dream and it also coincided with the dream of another legend, Mithali Raj. Together they have fortified the position of India cricket over the last two decades.

“The first time I saw the Women’s World Cup final was in Eden Gardens between Australia and New Zealand as a ball girl. And that day I dreamt that someday I might represent my country. That is how I started… put a lot of effort into my country and that’s the biggest moment in my life.

“From U19 days we’ve (Mithali) been playing together so we have a great relationship on and off the field. But it was just to bring the women’s Indian team to a different level – what it was before and what it is today is totally different. That’s the journey and we believed that we could change the face of women’s cricket, we believed that we could be a top 3-4 team in the world. It was not a one-day process,” Jhulan said about Mithali.

Having earned so much of fame and having achieved so much in the game, a World Cup winner’s medal is something that is missing in her cabinet. She came close twice in ODIs. But India fell short in both.

“I played two [50-over] World Cup finals, would’ve been great for me, India and women’s cricket if we could’ve won at least one of those. That was the ultimate goal. You prepare so much, put in a lot of hard work. We’ve played two-three World Cup finals, including T20, but weren’t able to win them. That hurt and that’s one regret I have.” 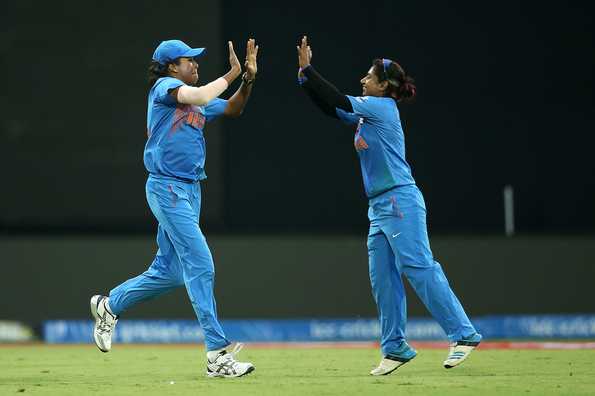 The lanky pacer also seemed very relaxed and was in a good frame on mind going into her last ODI. The team atmosphere seems to have had her in the right mood and she also had a word or two for her mates and as well upcoming crop of fast bowlers.

“I don’t feel anything so far. Until I get on the field and play…a different feeling might come only then. At this moment, I feel very normal and enjoying each and every moment because I know after this series I am hanging up my boots so I am enjoying every moment. This young bunch of cricketers are all fun loving.”

Jhulan laid importance on preparations and as it is well documented, she stressed that process is always the key. “It’s difficult to say how long you’ll be able to play and perform consistently. There will be a lot of ups and downs and from a bowler’s point of view, cricket is changing a lot. There’s a lot of pressure on the bowlers, lots of restrictions. So it is about how you prepare. Your preparation will be the key. How you’re going to prepare each and every moment… you’ve to be clear. When I started, we only played Test and ODI, we played a lot of four-day Test matches.

“Now we play a lot of T20I and a bit of ODIs, so it is a totally different skill. Nowadays the girls are very professional, they know how to handle the situation. I just wanted to bowl fast, wanted to take one wicket, because she [a 19-year-old Jhulan in 2002] didn’t know if she would be able to continue or not. That was her first aim, to just represent India and bowl fast. Since then that desire to bowl fast has remained with me forever.”

The former India skipper also mentioned that Covid-19 pandemic postponed her plans of retirement and frequent injuries in recent times made it easier for her to take the call.

“But this is the last ODI series we are playing before the T20 World Cup. So this is the last option for me and I said ‘okay, I’ll go back to NCA, do a lot of rehab work, get fit enough and come to England and play my last series.”

Injuries have been an integral part of her career but she bounced back stronger and meaner every time she had an injury. “Whenever you get injured, then I realise ‘again I’m injured, I’ll miss a series again, miss matches again’. It was a difficult time to sit back and watch games and not able to participate. Those were some of the ups and downs. That is what being a fast bowler is all about. You are going to have a lot of injuries and that is where character is required – how you are going to come back whenever you fall down.”

She signed off on a note which has made her the epitome of greatness in Indian cricket. Her zeal to perform for India every time she stepped into the middle made her a tough character to deal with for the opponents. She also mentioned about her metamorphosis from a pacy fast bowler to the immaculate bowler she has become over the years.

“I was fortunate enough, I had very good seniors who handled me very nicely at that time. Coming from a background where I didn’t know anything about professionalism, I’ve learnt from them and it was an extremely good memories and till today I’m enjoying each and every moment,” she said.

“The best moment for me, getting out of the dressing room standing on the ground and singing the national anthem, that is an amazing feeling. And when you wear the jersey with the name India written on it, that is the ultimate feeling for me and that is a moment I always enjoy. That is the most memorable thing for me in my life and I always live with it, because every day I wanted to get up and represent my country,” said Jhulan.

Previous articleDubai 5-Star Hotel and Ukrainian Superstore Chain Embrace Crypto Payments
Next articleTrump: I Could Declassify Documents ‘Even By Thinking About It’