AKA Responds To Claims That Him & K.O Have “Abolished” The Dominance Of Amapiano 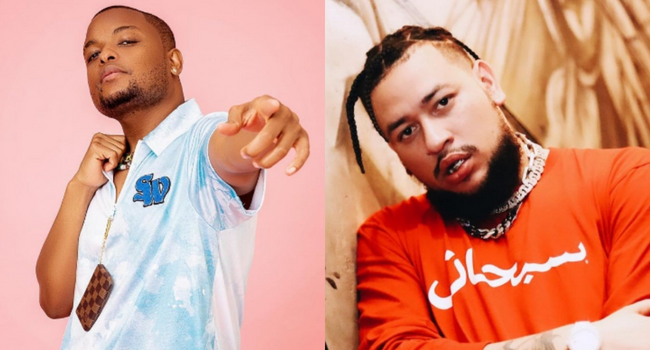 The post AKA Responds To Claims That Him & K.O Have “Abolished” The Dominance Of Amapiano appeared first on SA Hip Hop Mag.

AKA Responds To Claims That Him & K.O Have “Abolished” The Dominance Of Amapiano. AKA has been in the spotlight lately following the success of his single Lemons Lemonade and how it has been neck on neck with K.O’s SETE.

The two famed rappers had to prove to the SA hip-hop culture that the game is still alive following the release of their singles which have been dominating the music charts. With that kind of sentiment set in stone within the culture, most SA hip-hop followers have claimed that AKA and K.O have plainly abolished the dominance of the Yanos.

This happened after one of the Twitter users claimed that K.O and AKA had both successfully eradicated amapiano domination. “Not @akaworldwide and @MrCashtime abolishing amapiano with lemonade and sete respectively . After all these years of yano dominance. They just released singles that put an end to it others should take notes not escape to the now relevant genre.” Read the tweet.

“Hearing AKA say: ‘Thank God they showed they true colours/Switched up piano like vultures’ is problematic to me. Especially from a hip-hop artist saying this on an Afro beat record. Like… who you talking about exactly? Give me examples,” tweeted Reason.

The post AKA Responds To Claims That Him & K.O Have “Abolished” The Dominance Of Amapiano appeared first on SA Hip Hop Mag.

Previous article“It can’t be well with her, I pray for an IVD for her” – Late Bimbo’s brother, Oyindamola blasts B
Next articlePakistan’s Imran Khan disqualified from politics over Toshakhana case – The Washington Post