Life Moves Pretty Fast: Why Gen-X “Got it” Before the Rest of You 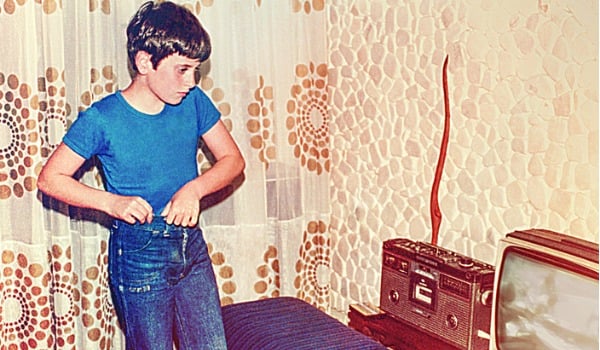 Look, we have heard all the jokes.  We know how you talk about us.  And now you are saying there might never be a Gen-X President (as if Donald Trump did some sort of credit to his generation in that role).

The thing is, WE DON’T CARE.  You know this about us.  Because we get it, and you likely don’t.

We have been described as some kind of neglected middle child between boomers and the Millennials, but we are not your mother’s Jan Brady (or our own, frankly).  We were the first generation to experience a high volume of moms working outside the home, divorced parents and friends coming safely out of the closet.  We were the last generation to have a technology free childhood and to learn patience waiting for Saturday morning cartoons or a favorite song to come on the radio.

We were the first generation to grow up with the diversity of Sesame Street, the lessons in community from Mr. Roger’s Neighborhood and the brilliant bonkers of Electric Company.

Our unique positioning in history gave us a perspective that some of you are still struggling to understand—and this spans ALL generations, not just those older than us.  Because some of you who are younger than we are just don’t get what it was like BEFORE we came along and some of you who are older than us refuse to process new information,  So let me break this down for you—we did a LOT of heavy lifting so you all didn’t have to.

You know that statistic that people love to quote (even if it is no longer true?)  You know, the one about 50% of marriages ending in divorce?  Yeah, well—that was OUR parents.  So we “got” that marriage was a social construct and not a holy mandate WAY before the rest of you.

The first openly gay TV character appeared during our childhoods. Ditto for the first openly gay elected official.  AIDS was first detected as we were entering our adolescence and sexual awakening years–we were the first generation to become sexually active with this specter over our heads.

“Roots” was first aired during our childhoods.  We were the generation that grew up watching “The Jeffersons”, “What’s Happening”, “Good Times” and “Sanford and Son”.  We were the first kids who grew up in a country with civil rights laws.

We were the first generation to grow up back when Roe v. Wade was the law of the land.  Not that we took it for granted; we marched (yes, I personally) in D.C. in 1989 in what was at the time one of the largest political rallies in U.S. history..

We were the first generation that grew up knowing Mom could bring home the bacon.

We were the MTV Generation; our teenage years were flooded with images of gender fluid icons like Bowie, Boy George, Grace Jones and Prince.

We were the first generation that saw men and women enrolled in college in equal numbers.

We were the first generation to be taught about environmental sustainability from a young age –  that’s recycling and land management to global warming. We are the generation MOST likely to consider sustainability factors when investing.

Our childhoods featured the end of the Vietnam War, the Watergate scandal, Three Mile Island meltdown, the Jonestown massacre, and Iranian hostage crisis.  We waited in the backseat of the car for hours just to get gas.

Our teenage years saw the Challenger disaster, Exxon Valdez oil tanker spill, and the Fall of the Berlin Wall.

As young adults, we were in the cross hairs of Operation Desert Storm.

When 9/11 happened, we were most of the boots on the ground.  We were many of the victims.

We were the last generation to graduate from high school before the scourge of school shootings began and the first generation to send our children into schools with this threat hanging over us as the norm.

Trickle Down Economics (the other big lie) destroyed the middle class before we even had our sea legs underneath us.  We are the first American generation who have not improved on our parent’s financial situation because wages stagnated while inflation skyrocketed.  We were the last generation to get an affordable college education.

And the children we have raised are groundbreakers–rejecting gender stereotypes, patriarchal rule and systemic discrimination in very loud voices.  They GET that race, gender and even are social constructs.

We raised them this way because WE GET IT.

And while you were making those “you want fries with that?” jokes about us, we were quietly living up to one of the anthems of our youth:  Everybody Wants to Rule the World.

We did it so quietly, you never even noticed.  We barely noticed ourselves.  Because we were just being who we are.

If you doubt any of what I am saying here, you can just Google it.  Thanks to Gen X.

And now we can unapologetically say–YOU’RE WELCOME.

And if you don’t know why, it’s just because you don’t get it.

The post Life Moves Pretty Fast: Why Gen-X “Got it” Before the Rest of You appeared first on The Good Men Project.

‘There was one prima donna on Star Trek’: George Takei on William Shatner, love and life as an ‘enemy alien’ | Stage | The...