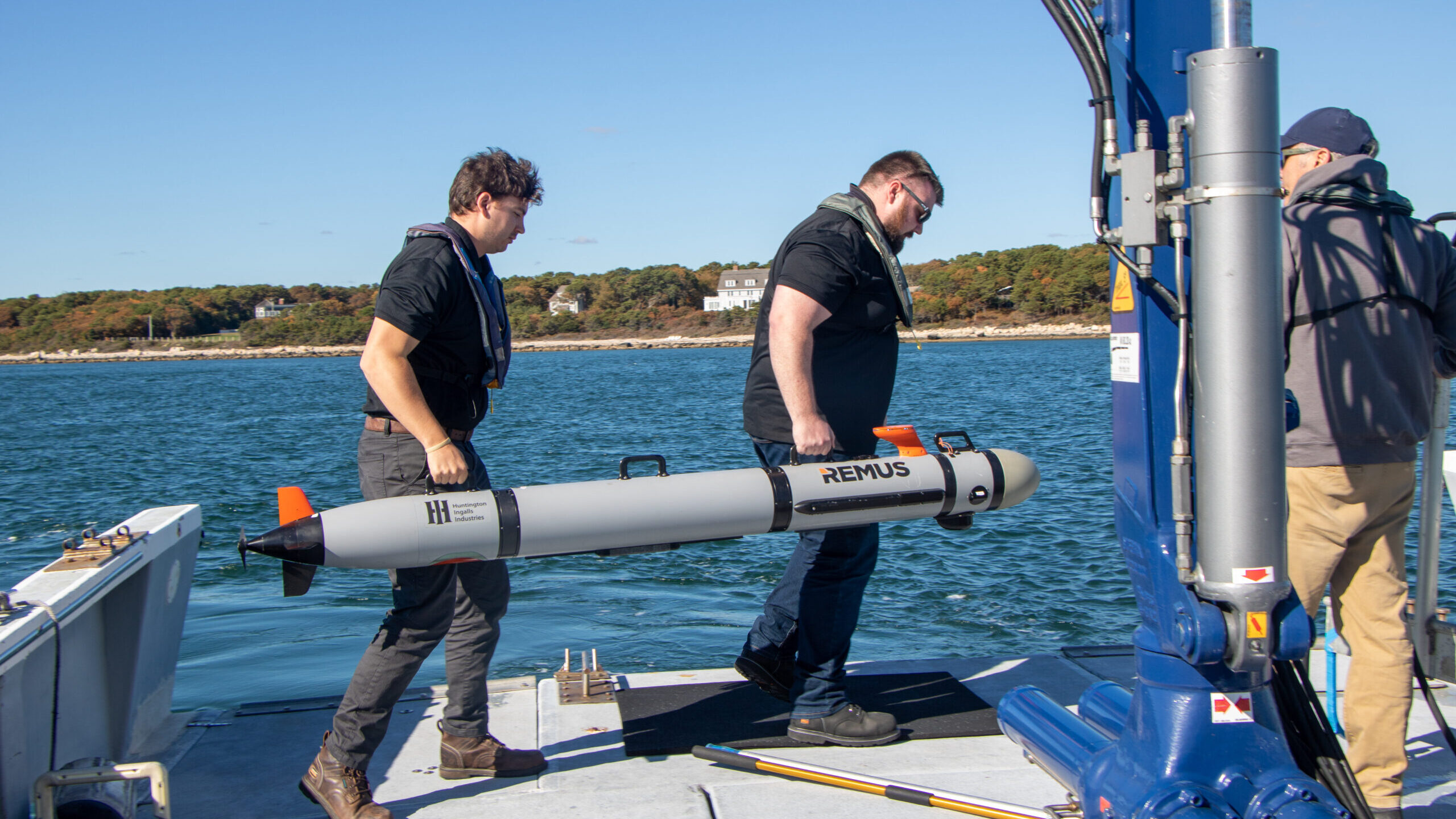 The crew of an HII-owned boat prepare to deploy a Remus 300 into the water. (Photo by Justin Katz/Breaking Defense)

BUZZARDS BAY, Mass. — It only took a few minutes for the three-man boat crew to lower the unmanned undersea vehicle into the water and give it the command to begin its operation.

The day’s pre-programmed mission was routine: dive deep enough underwater to stay clear of any nearby sailboats, make a few passes near Bassetts Island North where a sunken sailboat can be seen on the UUV’s side scan sonar and then loiter nearby the endpoint until commanded to surface.

The crew, all employees of HII, is accustomed to managing several drones at once, but for this demonstration, they are testing only one: a Remus 300 UUV. The small-sized vessel — light enough to be easily carried by two people — has only to worry about sailboats and the odd piece of debris here in Buzzards Bay, but soon enough the US Navy will employ many drones just like it in much more complicated operations. Under the service’s program name, it will be known as Lionfish.

The Navy earlier this year selected the Remus 300 for the Lionfish program following a competition between HII and L3Harris administered by the Defense Innovation Unit. Now, HII awaits the service’s formal solicitation set to be published later this fiscal year.

Duane Fotheringham, president of unmanned systems at HII Technical Solutions, told Breaking Defense the government has requested several changes to the Remus 300 base model for Lionfish. But HII is working to contain those changes in a single compartment of the vehicle. 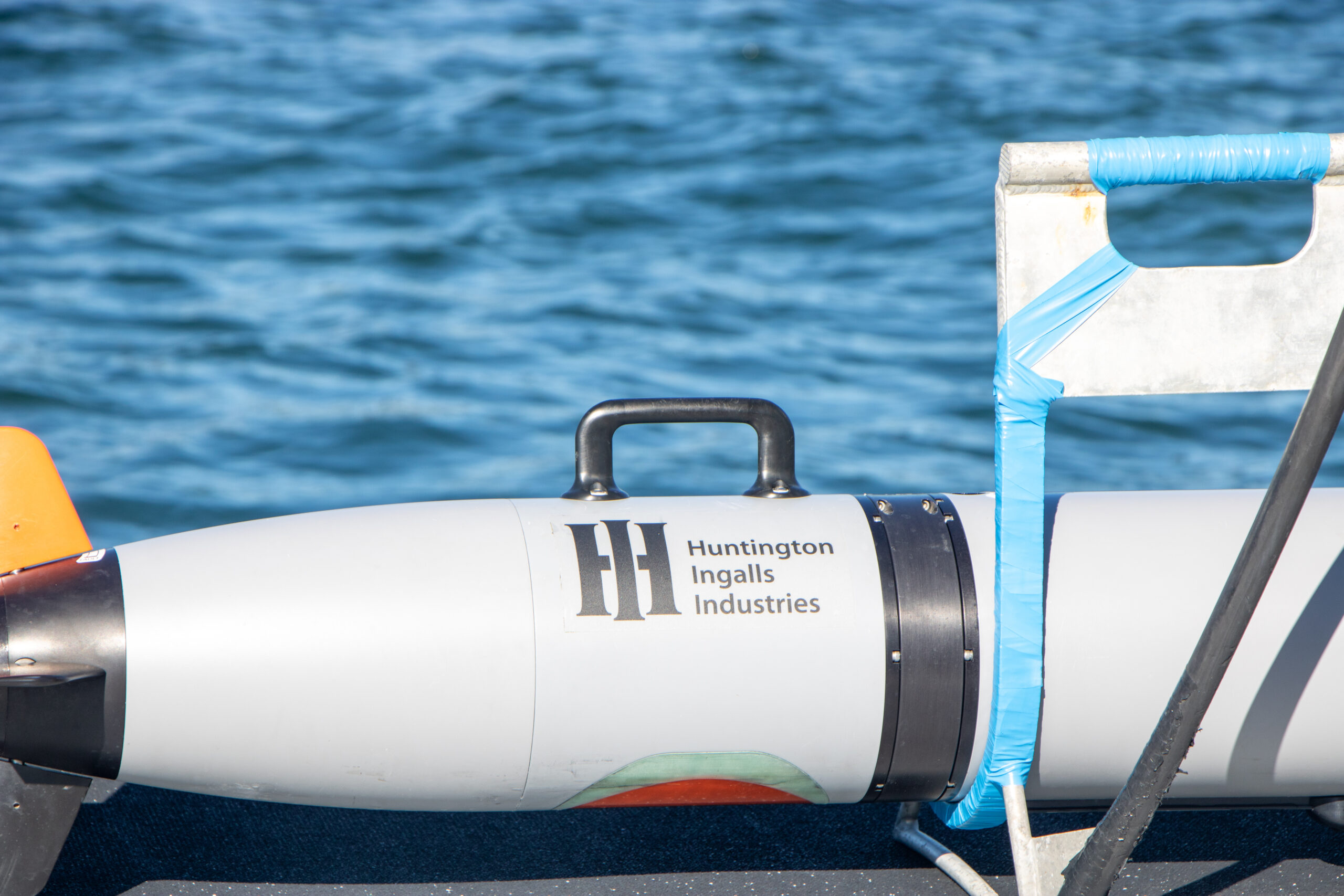 The Remus 300 was selected by the US Navy for the Lionfish small UUV program. (Photo by Justin Katz/Breaking Defense.)

While that may appear to be a side note, it is very much an intentional choice. During a tour of the company’s facilities here in Massachusetts where HII manufacturers the Remus line of UUVs, Fotheringham stressed the company’s approach to developing UUVs and autonomy software in general is moving in lockstep with the proclaimed direction of the US Navy. That means being modular, using an open systems architecture and, perhaps most importantly, being ready to plug-and-play with the technology of other companies.

The Navy has “been now very clear in their communications about how they intend to handle autonomy going forward,” Fotheringham said. “That’s great for industry … where the Navy clearly articulates their vision and their plan… That does inform a lot of our development and how we’re building our autonomy and how we’re building and designing our new vehicles.”

The service’s strategy was reflected earlier this week by Rear Adm. Casey Moton, the Navy’s senior officer in charge of autonomous maritime vehicle development, in an interview with Breaking Defense.

He said the Navy would move into its “next step” for autonomous and unmanned vehicles when it publishes its autonomy baseline manager solicitation later this year. The winner of that contract will effectively assist the Navy in managing the engineering work required to fulfill its vision of being able to plug and play with any industry technology onboard any unmanned vessel.

Although Fotheringham said HII has participated in the workshops for the Unmanned Maritime Autonomy Architecture — an integral part of bringing that vision to fruition — he declined to comment on whether HII would pursue the ABM contract. 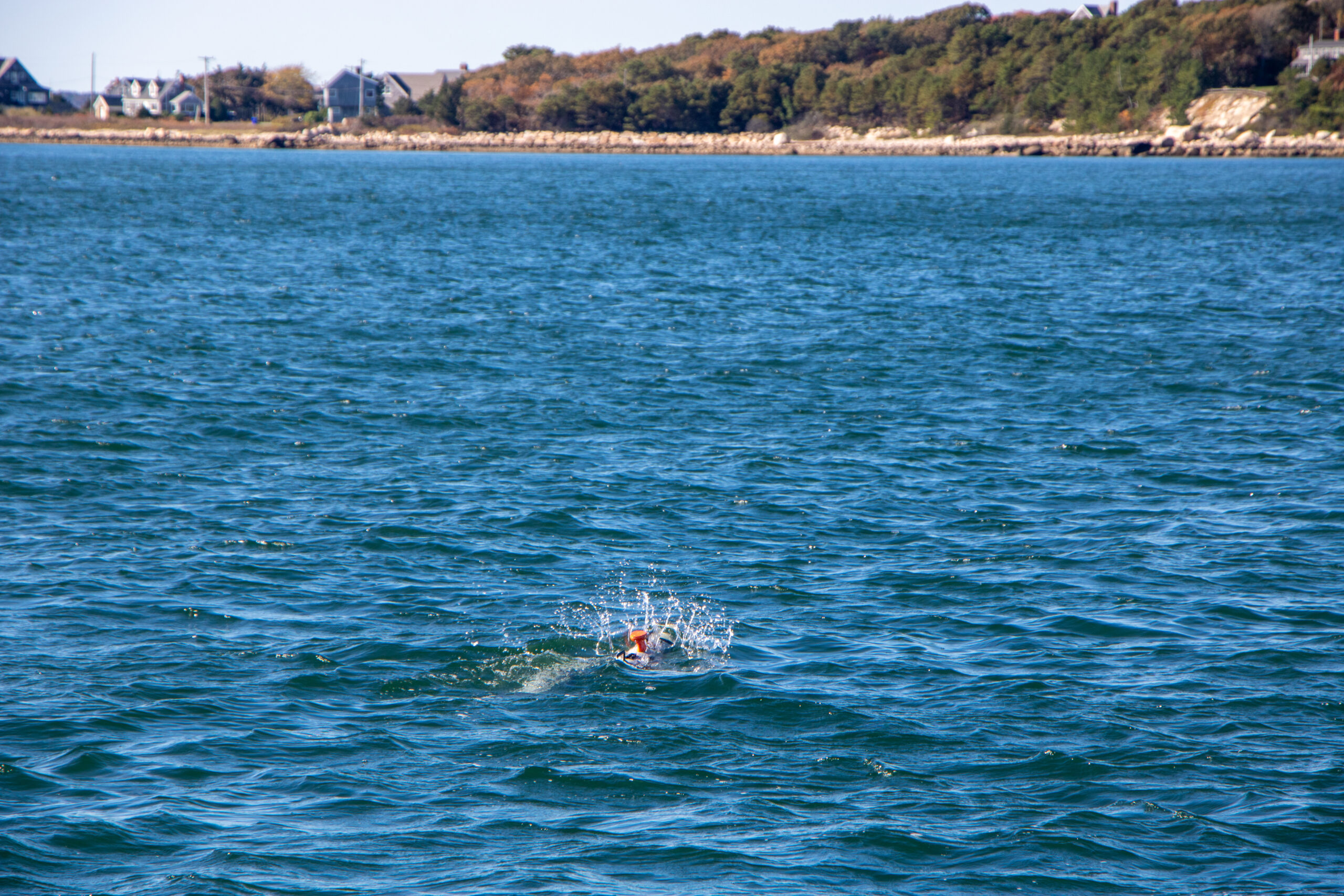 A Remus 300 prepares to dive in Buzzards Bay. (Photo by Justin Katz/Breaking Defense)

During a tour of the company’s 40,000 square foot facilities, various Remus UUVs were being constructed on the factory floor. Rather than assembling the vehicles en masse like a car production plant, the UUVs are assembled individually by hand. Each workstation is set up so that every component and tool needed for that worker’s tasks is within arm’s reach.

Nearby the workstations are multiple freshwater tanks for testing, including one that goes as deep as 20 feet. Just adjacent to the largest test tank is a hyperbaric chamber where UUVs can be submerged and the environment pressurized to simulate the atmosphere of the deep sea.

Finally, a loading bay sits right next to the hyperbaric chamber where two of the company’s largest UUVs — a Remus 6000, designed to withstand the deep sea — are being worked on.

Back on Buzzards Bay, the Remus 300 completed its mission and resurfaced less than 100 meters from where the recovery boat awaited. Following some deft maneuvering on the captain’s part, the UUV was quickly retrieved and its data downloaded.

To no one’s surprise, the side scan sonar confirmed the sunken sailboat remains in place where the crew last saw it. The resulting imagery came back with an ethereal golden glow, showing the sea floor of Buzzards Bay, along with the distinct outline of a wrecked sailboat. 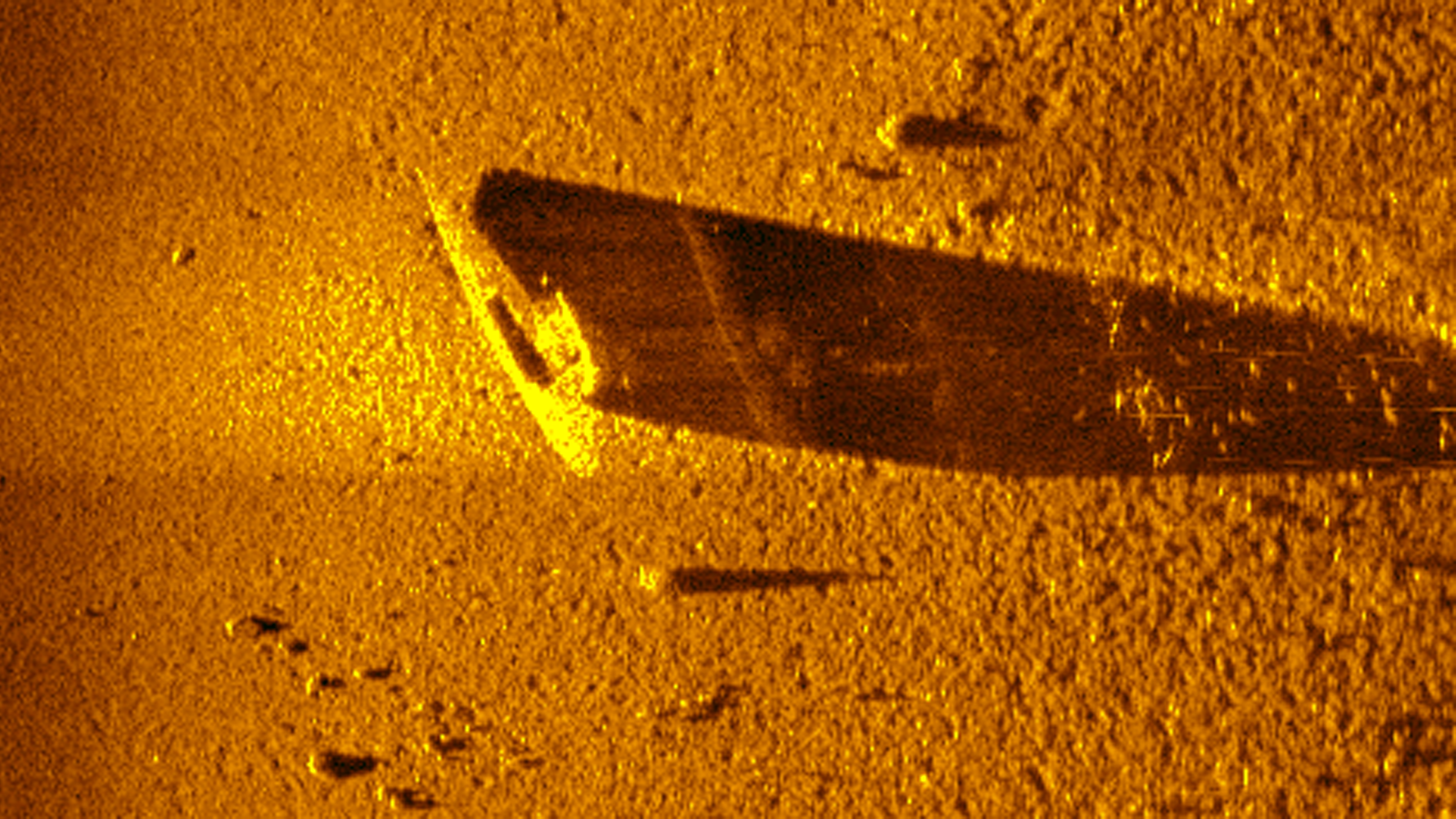 A scan from an HII Reamus 300 drone shows a sunken sailboat on the bottom of Buzzard’s Bay, Mass. (courtesy HII)

Previous articleDon’t just vote against something this GE15, vote for something, says DAP’s Chin Tong
Next articleKent Beck: Software Design is an Exercise in Human Relationships