Keep politics and virtue-signalling out of the Qatar World Cup so we can enjoy it – if players don’t like it, don’t go

THE World Cup is nearly upon us, and the wall of negative noise around this year’s tournament is increasingly deafening.

Many are appalled it’s being held in Qatar at all given the alleged corruption that is believed to have won them the rights to hold international sport’s richest and most prestigious event, and the country’s mistreatment of migrant workers and non-existent LGBT rights.

Last week, Australia’s Socceroos team released an earnest video expressing concern about the “suffering” of migrant workers and the inability for gay people in Qatar “to love the person that they choose”.

Separately, England captain Harry Kane declared he’s going to wear a OneLove anti-discrimination armband during the games to register his own protest.

And now, Ukraine’s Association of Football has demanded that Iran be banned from taking part due to its reported kamikaze drone support for Vladimir Putin in his illegal war on their people, and also cited Iran’s “systematic human rights violations” including a brutal crackdown on domestic protests.

So, there’s a lot of high moral outrage flying around, and there will be a lot of on-field halos glinting in the ferocious Qatar heat come November 20 when the World Cup starts. 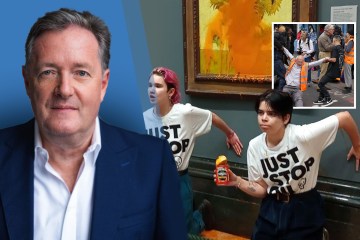 What does some brats desecrating a painting have to do with saving the planet? 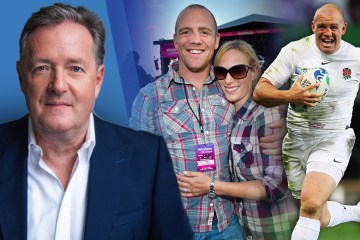 But I can’t be the only one wishing we could just keep all the politics and virtue-signalling out of it so we can just enjoy the football?

The time for proper serious debate about Qatar’s suitability to host the tournament was surely during the bidding process twelve years ago, not three weeks before it starts?

And if the argument against them running it is that they have a poor human rights record, which is an undeniable fact, then what about the other 31 countries taking part?

Specifically, if persecution of gay people is deemed a disqualifying barrier to being involved in the World Cup, then shouldn’t we be similarly outraged by the participation of Senegal, Morocco and Tunisia where it’s also illegal to be homosexual?

Or by Ghana, whose parliament is pushing through a new bill demanding prison sentences for anyone even expressing support or “sympathy” towards gay people?

Or by Cameroon which according to a recent report “currently prosecutes consensual same sex conduct more aggressively than almost any country in the world”?

And don’t get me started on Saudi Arabia, where if you’re caught in a gay act, you can be publicly flogged, chemically castrated, given life imprisonment or even executed.

Many of the countries already mentioned operate ongoing wars on free speech, jailing dissident citizens and journalists who criticise the government – or, in Saudi Arabia’s case, chopping them up with bone saws – and also have terrible records of mistreating migrant workers.

Watch Piers Morgan Uncensored weekdays on Sky 526, Virgin Media 606, Freeview 237, Freesat 217 or on Fox Nation in the US

And if modern morality failings are truly our new World Cup qualification byword, then why should either England or America be allowed to play given our invasion of Iraq in 2003 and all the subsequent global terrorism hell that illegal war unleashed on the world?

You get my point…

Once you play the morality card in sport, I’m not sure where you can ever end up playing it without appearing to endorse human rights abuses.

To single out Qatar for such exaggerated horror when so many other competing countries are just as morally bad, if not a lot worse, is hypocritical.

We’ve witnessed similar double standards in golf where leaders of the PGA Tour have berated the new Saudi-backed breakaway LIV Tour for putting money before morals – despite they themselves hosting events in places like China which has a horrendous human rights record.

And frankly, as a sports fan, I’m sick of all the disingenuousness.

If footballers are really that offended by Qatar’s human rights failings, then they shouldn’t go and play in the World Cup.

It’s all very well wearing armbands or issuing critical videos, but if you still go then you’re just dabbling in pointless virtue-signalling that will have zero impact on effecting any change.

I feel the same way about all the sports journalists suddenly jumping on the anti-Qatar bandwagon and saying it shouldn’t be happening.

You can bet your life most of them will be holding their indignant noses long enough to get on a plane to Doha and stay in luxury hotels for six weeks as they cover the event they are pretending to want cancelled.

I’ll be there too for some of it, as a pundit for Fox in America during the group stage which has pitted England against the US.

And I feel no moral dilemma about going because I understand that many of the countries playing in this World Cup make Qatar look almost benign by comparison when it comes to human rights.

That doesn’t excuse Qatar’s problems, but it puts them into perspective.

I also think it’s crazy that this is the first time the World Cup has ever been staged in the Middle East given the huge popularity of football in the region, and we should celebrate that fact, not ruin the party with very selective judgement.

So, my message to the morality moaners is this: put your cracked halos away and just let me watch the bloody World Cup without trying to make me feel shameful or guilty about it.

Oh, and come on England!