Jazmine Sullivan Says Beyoncé is Her Dream Duet: “Our Voices Together Would Be Magic” [Video] 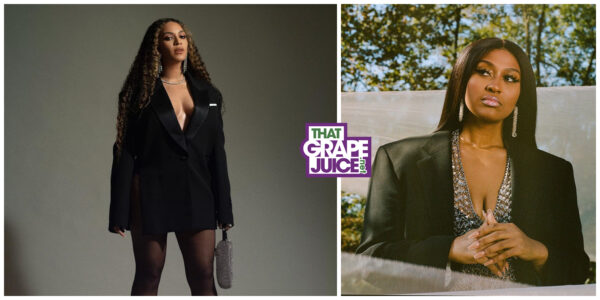 Jazmine Sullivan may be counted by many as one of the best R&B vocalists to ever touch a microphone, but even she still has fan-girl moments when it comes to her idols.

And while’s she has shared stages or studio time with names like Stevie Wonder, Mary J. Blige, Brandy, Monica, John Legend, Fantasia, and many other big names, there’s one that still eludes her: music megastar Beyoncé.

Sullivan, one of the battle advisors for John Legend‘s team on this season of NBC’s singing competition ‘The Voice,’ was asked which musical sensation she’d love to pair her voice with on a new song.

While she was clear there are many who fit that bill, there’s one who stands above the rest.

“The one person that comes to mind right now is Beyonce, but – of course – she’s everybody’s [dream duet],” she started (as seen in the clip above). “[We have] two very different voices and tones, but I think if we came together and did something it would be magic.”

Later elaborating on the pick, Jaz made it clear she’s not looking for the song to be a big hit – she just wants the experience.

“I love her so much I don’t even care if no one ever heard the song. It could just be us, no one could ever it, and I wouldn’t say a word,” she said laughing.

The comment comes as the latest in a string of exchanged compliments the R&B divas have shared over the years. In the past, Beyonce – after spotting Sullivan in the crowd at one of her concerts – called the ‘Heaux Tales’ singer ‘one of the best.’

At writing, there have been no announced plans for the two to collaborate.  However, we’ll be among the first to say we can’t wait for this to happen.

The post Jazmine Sullivan Says Beyoncé is Her Dream Duet: “Our Voices Together Would Be Magic” [Video] appeared first on ..::That Grape Juice.net::.. – Thirsty?.