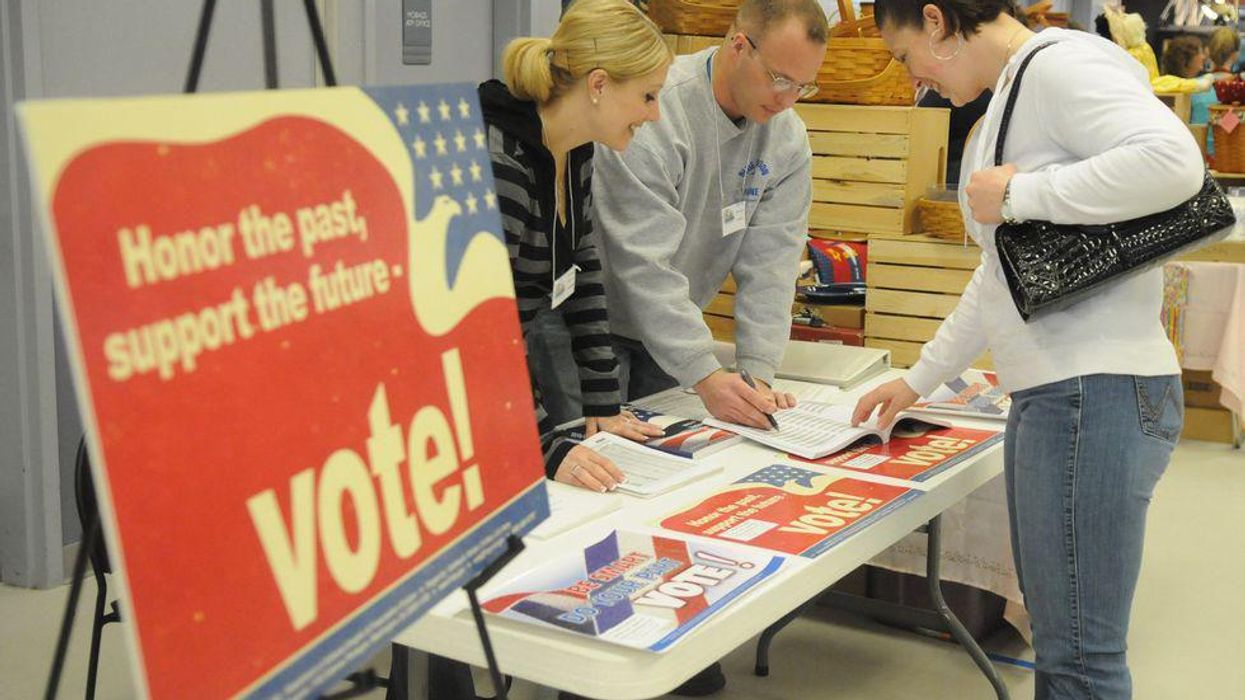 The top attorney for the Democratic Party, Marc Elias, is projecting optimism against Republicans’ attempts to disenfranchise voters at the ballot box, just hours before Election Day. Elias oversaw the Democrats’ battle against Donald Trump‘s baseless lawsuits attempting to overturn the 2020 presidential election, winning 64 out of 65 cases.

Elias, who runs Democracy Docket, took time to talk with Nicolle Wallace on MSNBC Monday during “Deadline: White House,” after tweeting that “the GOP is getting destroyed today in court. Judges all over the country are ruling in favor of democracy and voting.”

He told Wallace, “I tweeted out that we were going to see decisions in 11 cases. We have six decisions so far today, including the two you mentioned in Michigan, which was a victory for voters there. The ACLU case in Georgia was a victory. We saw victories in Pennsylvania, we saw victories in New York, there are images online if you go look up there are voting machines literally be wheeled into Vassar College today, as a result of court victory there.”

READ MORE: ‘Have They No Decency?’: GOP Slammed as Pelosi Reveals How She Learned Her Husband Was Brutally Bludgeoned in New Interview

Indeed, there are, which his Democracy Docket posted.

👀Spotted at @Vassar College: Voting machines being moved onto campus after a court ordered Dutchess County, New York to comply with state law and open a polling location on campus.🗳

Noting that Democrats still have “five more cases that I expect to come in,” Elias says, “I’m feeling good about how the courts are handling” the cases.

He says the lawsuits Republicans are filing are not as much to disenfranchise individual voters as they are to, as Wallace put it, “cast doubt and aspersions on the result, if [they] lose.”

Elias said, “take a lawsuit, for example, in Wisconsin. You know, a conservative group brought a lawsuit to throw out – not count – all of the ballots cast by our men and women in uniform serving overseas.”

“And it’s also not going to prevail. You know, on behalf of our client, we are intervening in that lawsuit to defend those voters, but that’s gonna that’s gonna wind up failing, but why bring that lawsuit?”’

Wallace, continuing, said Republicans creating the “specter of fear is the point.”

“It’s also an extraordinary moment in American democracy, that you have to feel uncomfortable, to feel uncomfortable and uneasy going in to drop off your ballot. Is there a point?” Wallace asked Elias. “And I guess my question is around these lawsuits, is it it’s not the point for them to prevail, but the point to keep you running around fighting all of their frivolous litigation? What are they so afraid of? If you weren’t having to defend against their attacks on voting?”

“I think they are afraid that if everyone was able to vote,” Elias replied, “and get an accurate count, they’d lose.”

“It’s nothing more complicated than that,” he continued. “They know they’d have, if every eligible voter was allowed to cast the ballot and that it was counted accurately, they’d lose [the] battle.”

“That has been the whole threat to Trumpism from beginning,” he explained. “Let’s not forget, you know, people say Donald Trump won in 2016. He lost by 3 million [in the] popular vote, that popular total deficit grew in 2020, so they have to find increasingly creative ways to prevent the majority will from willing out. And one of the ways you do that is you suppress the vote.”