I’M A Celebrity’s Charlene White will be booted off the ITV show within days after sparking a feud, according to bookies.

Ant and Dec host the hit ITV show and have yet to announce when the first elimination will be.

However, odds have been slashed for the Loose Women star to go after she clashed with Boy George and Scarlette Douglas.

William Hill’s latest betting makes her the current favourite to be eliminated at 7-4.

Scarlette however, is also one of the current favourites to be the first to leave the show with the A Place In The Sun presenter following Charlene closely at 11-4.

It comes after keen Charlene wound up some of her fellow campmates by refusing to share out the cooking duties.

Bored campers have been left with nothing to do.

READ MORE ON I’M A CELEB 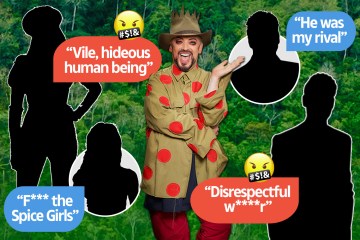 Boy George’s most hilariously catty feuds – can you guess who he’s talking about? 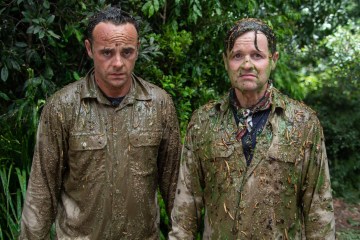 Speaking on the recent market odds shifts, Lee Phelps, a spokesperson for William Hill, said: “Tension between campmates is always going to happen on this show as they are tired and hungry, so emotions are naturally high.

“Campmates who make this worse and accentuate the arguments can go either way with the public, so it will be interesting to see who goes first.”

Disgraced MP Matt Hancock is set to enter the jungle tonight along with comedian Seann Walsh.

Most read in I’m A Celebrity

Lee suggested: “I doubt Matt Hancock will be first to go, I suspect the public will want to see him take on his fair share of trials while he’s on the show.”

Charlene has taken the role of matriarch and, after only two days, George confronted her.

The pop icon begged Charlene to give him a role in the kitchen as the celebs struggled to feed their boredom.

Boy George‘s manager Paul Kemsley has now spoken out about the singer’s jungle stint and tensions in the camp.

He appeared on This Morning today and host Phillip Schofield remarked: “He’s going to kick off at some point, isn’t he?”

Jobs with the WORST bosses revealed – is yours on the list?

“I mean we’ve had early signs of it. There was a terrible trauma, undercooked mushrooms was the start of it.

“But the thing is with George, he gets over it very quickly. He has to get it out, talk to someone, and then provided he’s had that voice, he’ll get over it.”