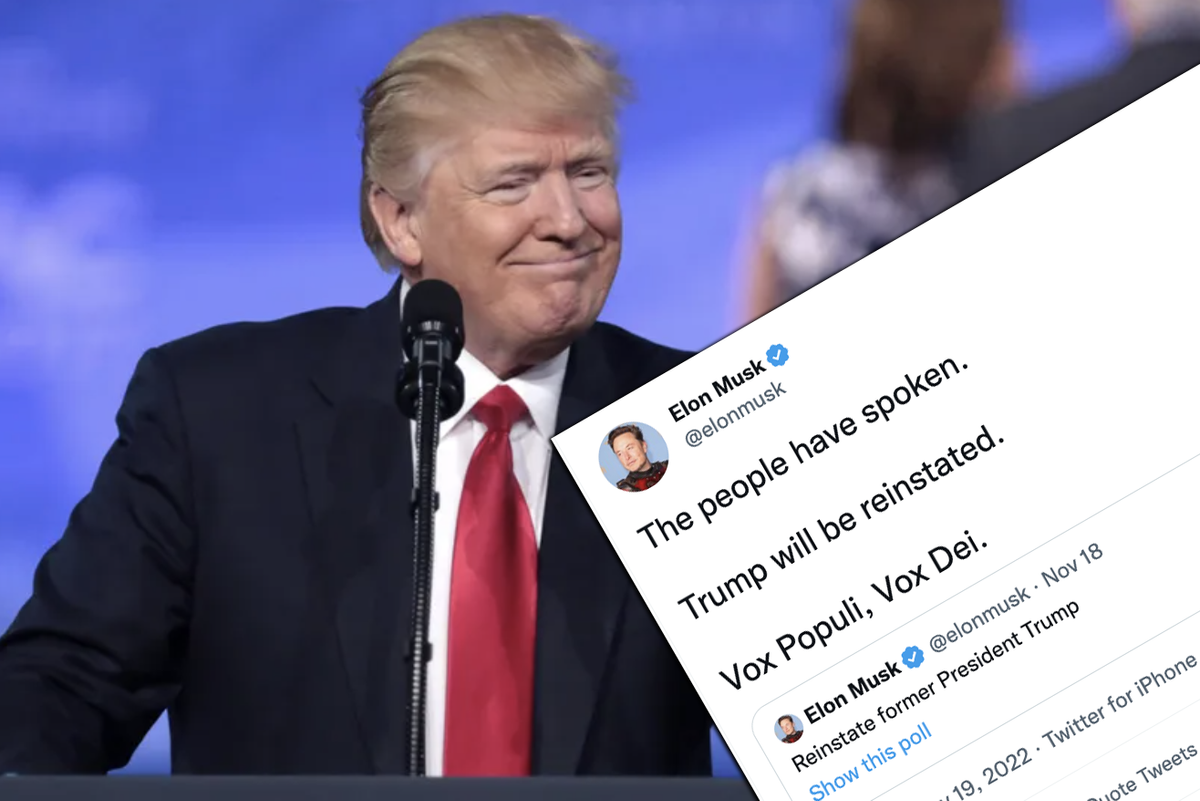 You knew it would happen. Elon Musk telegraphed that it would happen. He took a poll to see if the people wanted it. And the results were overwhelming. Professional edgelord and sh*tposter Donald Trump has his Twitter account back.

During his time as President of the United States, Trump would spend his days live-tweeting cable news and retweeting anyone who said nice things about him. Then on one arbitrary day in January 2021 — I think it was the 8th — Twitter’s now former top lawyer, executive, and speech cop Vagina Goode (I don’t feel like looking up how to spell her real name, so I’m going with what Alex Jones calls her) decided to permanently ban his account.

It’s now November 2022. Goode is gone. Trump is back. And the left can’t deal! Trump hasn’t even fired off a new tweet yet and the left is already in full meltdown.

The guy who plays Olaf is unhappy with the warm hug Elon gave to the former president. He lashed out at Musk for the decision.

A guy most known for being a meathead, dead from the neck up, is being a bit of a drama queen about it.

Elon Musk is letting a man who led a violent Insurrection to overthrow the United States Government back on this platform. Letting the Lies and Disinformation continue to poison the American bloodstream.
— Rob Reiner (@robreiner) November 20, 2022

Woody Allen’s ex-wife and Frank Sinatra’s ex-sidechick is concerned about her health.

There is no guarantee Trump even wants to return to Twitter. He has TruthSocial now. And both the haters and the losers already share screen captures of his “truths” as their “tweets.” The left is in a pre-emptive meltdown while Trump weighs his options.

EXIT QUESTION: If Trump does come back to Twitter, what do you think his first tweet will be? Sound off in whatever common section of whatever social media app brought you here.

LwC is on Substack now! Each day we overwhelm your brains with the content you’ve come to love from the Louder with Crowder Dot Com website.. but algorithms hide our ranting and raving as best they can. The best way to stick it to Big Tech?

BAN LIFTED: MONDAY, WE FIGHT LIKE HELL! | Louder with Crowder