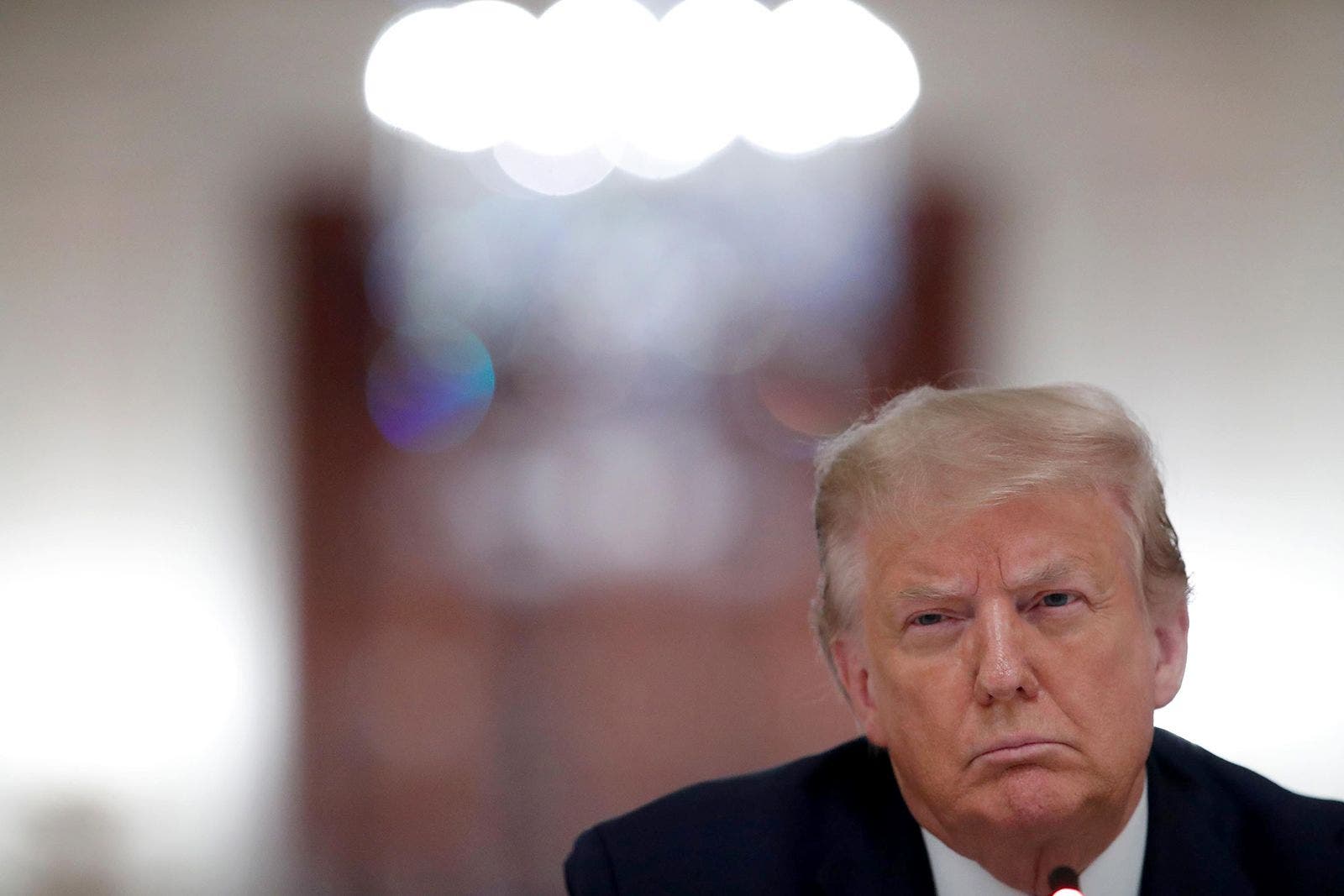 After an exhaustive investigation, NPR is reporting that Donald Trump tweeted sensitive classified information from his now-suspended account that depicted a satellite image of a rocket that exploded on a launch pad deep inside Iran.

The image was so clear that intelligence experts almost immediately determined it was photographed using a classified spacecraft called USA 224 which is widely believed to be a multibillion-dollar KH-11 reconnaissance satellite.

Of course, he did. OF COURSE, HE DID. 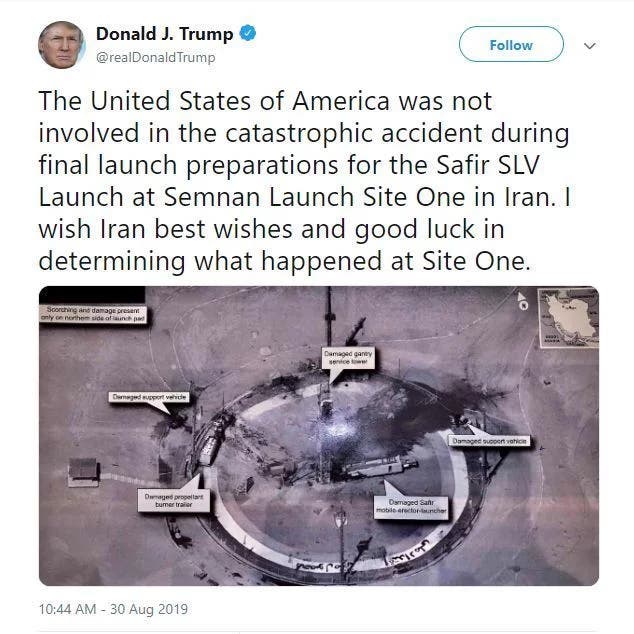 Three years after Trump’s tweet, the National Geospatial-Intelligence Agency (NGA) has formally declassified the original image, thanks to a Freedom of Information Act (FOIA) request by NPR, following a Pentagon review to determine whether the briefing slide it came from could be shared with the public.

The NGA, which produced the image Trump used in his 2019 tweet, is the government’s “clearing house,” collecting images from drones, spy planes, and satellites, turning them into information that can be used by decision-makers.

Some details on the original image are still redacted, which is a clear sign that Trump was sharing some of the U.S. government’s most prized intelligence on social media, says Steven Aftergood, a specialist in secrecy and classification at the Federation of American Scientists.

“He was getting literally a bird’s eye view of some of the most sensitive US intelligence on Iran,” Aftergood told NPR. “And the first thing he seemed to want to do was to blurt it out over Twitter.”

This isn’t the first time we’ve heard about Trump’s casual relationship with classified info. There are plenty of stories about him showing off Top Secret documents at parties at Mar-A-Lago.

He’s been a walking national security risk since the second he was illegitimately sworn into office. Then there’s that pesky little matter of a whole bunch of intel recovered from his Florida bunker.

According to reports, Trump first saw the image as part of a daily intelligence briefing the morning after the Iranian launch failure.

In the most complete account of what happened next, published last year by Yahoo! News, Trump asked to keep a copy of the photo, which was from a KH-11 series satellite. An hour later, he sent it out to more than 60 million followers on Twitter like the dumbass he is.

Read the full story at the link in the tweet below.

BREAKING: An intelligence briefing slide obtained by @NPR through the Freedom of Information Act proves that President Trump tweeted classified material in 2019.

Tara Dublin is a woefully underappreciated and unrepresented writer currently shopping a super cool novel that has nothing to do with politics while also fighting fascism on the daily.

Editor’s note: This is an opinion column that solely reflects the opinions of the author.

Conflict in the DRC: 5 articles that explain what’s gone wrong

Previous articleMetaverse Tokens: What, Why and How To Buy Them | Binance Blog
Next article‘White Lotus’ Renewed for Season 3 at HBO – Variety

Conflict in the DRC: 5 articles that explain what’s gone wrong