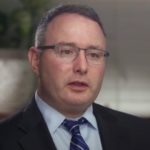 It could be easy to miss significant portions of the now former president’s objectively destructive conduct, considering there’s so much of it — but well before the 2020 election, Donald’s attempt to corruptly undo the outcome and stay in power despite his loss, and the violent mob assault on the Capitol building in which Trump-supporting rioters came dangerously close to top government officials and brutally assaulted scores of police officers, Donald showed he was willing to use the mechanisms of government for his very personal ambitions. He and allies of his sought to pressure Ukrainian authorities into undertaking investigative action that would be favorable to the Trump campaign via targeting the Bidens, as the former vice president-turned-current president was always one of the most likely challengers in the last general election.

Vindman, while still on the National Security Council in the Trump administration, testified before Congress about Trump’s pressure campaign three years ago. He personally listened to a call between Trump and Zelenskyy as it happened. (The Trump pressure campaign, for what it’s worth, was largely unsuccessful.) “This was about corrupt, disgraced, twice impeached FPOTUS Trump conjuring an extortion scheme to investigate Biden to steal the 2020 Election,” Vindman wrote Saturday on Twitter. “This episode planted the seeds of Russia’s war on Ukraine. [In case] we forgot, this Hunter Biden stuff was cooked up by Trump and Giuliani.” The incoming GOP majority in the House has already made indications of an interest in focusing on alleged corruption involving the Bidens in their newly obtained investigative powers. As for the war, Vindman has previously spoken about the opening provided to Russia for action by developments in the U.S.

Trump has also separately talked about his interest in seeing an at least temporary undercut to NATO, and if the U.S. abandons that alliance and its agreement for mutual defense, it could provide Russia cover for even further military action. Trump could put more of all of this into action if he regains the presidency.

This was about corrupt, disgraced, twice impeached FPOTUS Trump conjuring an extortion scheme to investigate Biden to steal the 2020 Election. This episode planted the seeds of Russia’s war on Ukraine. Incase we forgot, this Hunter Biden stuff was cooked up by Trump and Giuliani. https://t.co/rEgDsqSDJK

Previous articleEXO Chen Proves He’s ‘Vocal King’ After Singing THIS Adele Hit in Original Key | KpopStarz
Next articleNo arrests, no suspects: What we know about the University of Idaho killings – NZ Herald