How to watch tomorrow’s blood moon

Tomorrow’s blood moon will be the last total lunar eclipse until 2025 – and most Australians have a chance to enjoy it.

A lunar eclipse occurs when the Earth moves between the moon and the sun, with all three bodies in alignment, casting the moon in shadow.

That will be taking place tomorrow night, with people in the eastern states getting the best show. 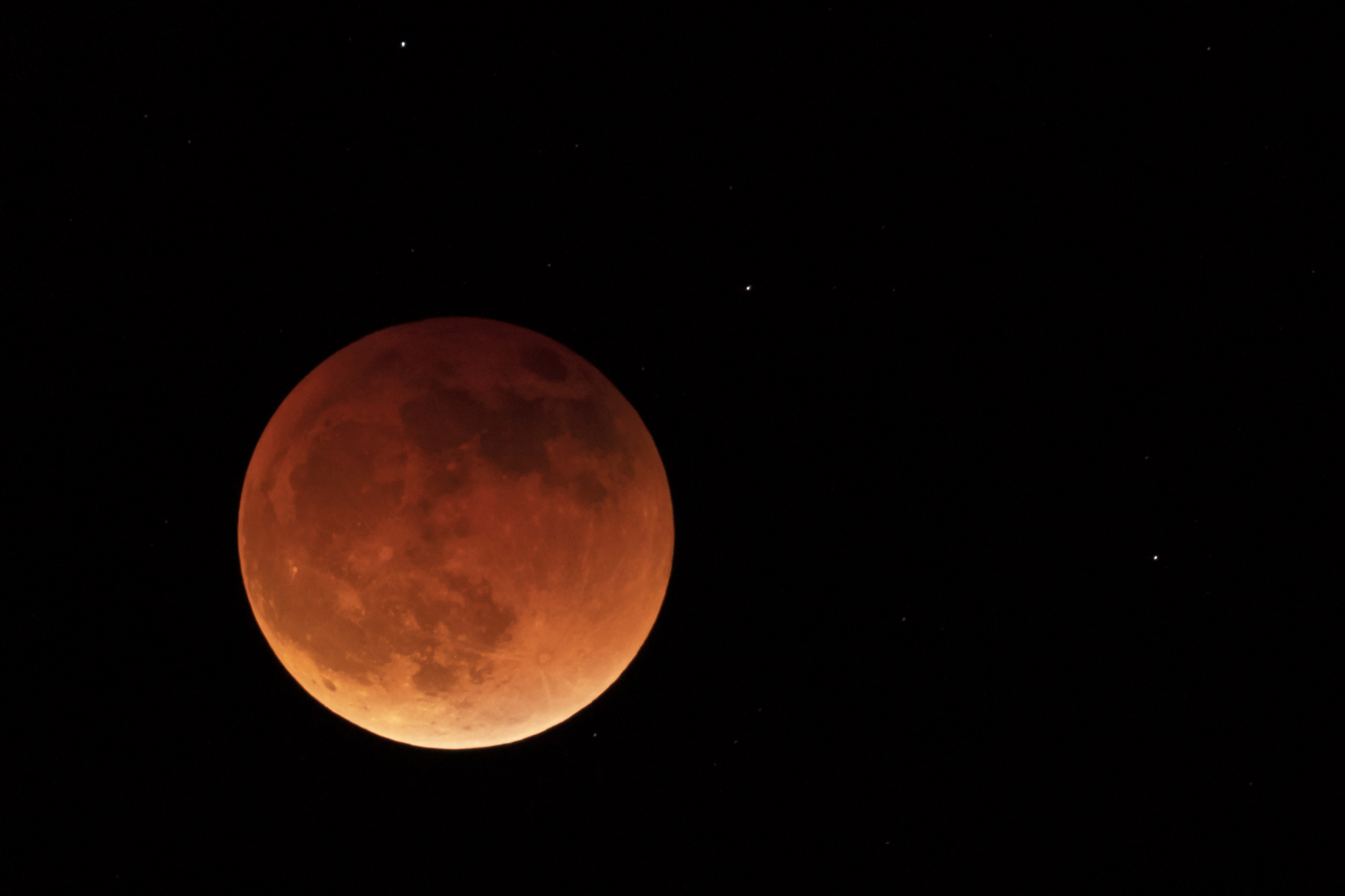 What is the best time to watch the lunar eclipse in Australia? ﻿

It’s set to begin at about moonrise, meaning we won’t get the whole show, unlike New Zealand or parts of the US.

﻿The total lunar eclipse will begin for Australia just after 8pm AEDT.﻿

As the moon will be much lower in the sky, it will battle against the twilight glow during the eclipse’s early stages.

Eastern Australia will see the eclipse shortly after the full moon rises.

The further north you are, the longer you’ll need to wait before the eclipse begins.

For Brisbane it will start more than an hour after moonrise, so the moon will be higher in the sky. In Hobart the eclipse begins just 15 minutes after moonrise.

For the rest of Australia, the eclipse will begin before the moon rises.

Those up north will see some of the partial eclipse before totality sets in, but Perth can expect to see a fully eclipsed Moon deep in shadow at moonrise. If you see the eclipse soon after moon rises, expect it to look amazing.

That’s because something called the “moon illusion” will come into play.

This is where your brain is tricked and the Moon looks much bigger when it’s low on the horizon, compared to when it’s high up in the sky.

The Moon will rise in the east-northeast for all of Australia, so a high location or a clear view of the horizon will help with seeing the early parts of the eclipse.

As the Moon gets higher, and the sky darker, the later part of the eclipse should be easy to see for everyone.

As an extra treat, Uranus will be visible just a finger’s width above the moon, resembling a bright star. 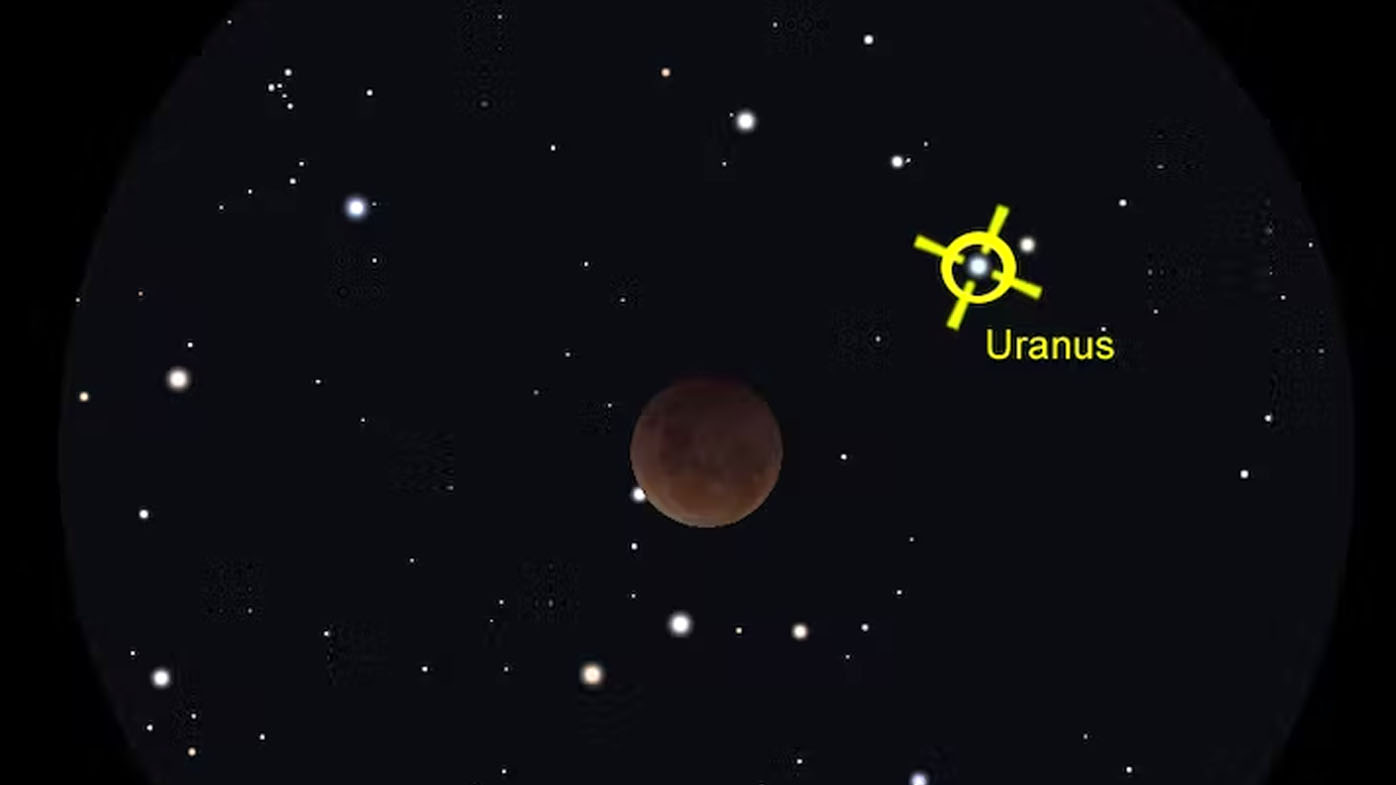 Totality will last nearly 90 minutes as Earth passes directly between the moon and sun.

Among those providing a livestream of Tuesday’s lunar extravaganza: Griffith Observatory in Los Angeles and the Italian-based Virtual Telescope Project.

Is it safe to look at the eclipse with a naked eye?

A lunar eclipse is different to a solar eclipse.

You can watch as the partial eclipse starts when the moon moves into the Earth’s shadow.

The totality will be visible as the moon is completely covered, before the partial eclipse ends when the moon shifts out.

﻿Binoculars and telescopes will enhance viewing, provided the skies are clear.

Why is it called a blood moon? ﻿

The lunar eclipse is called a blood moon as it will appear a reddish-orange.

The only light reaching the Moon’s surface will first pass through Earth’s atmosphere, which is why the Moon will take on a red hue.

Just how red it appears will depend on how dusty Earth’s atmosphere is at the time.

At the peak of the eclipse, the moon will be 390,653km away, according to NASA scientists.

When is the next total lunar eclipse? ﻿

The next total lunar eclipse won’t happen until 2025 because of the position of the sun and moon.

However, there will be plenty of partial lunar﻿ eclipses in the meantime.

This is the second total lunar eclipse this year.

The first was in May but unfortunately, it happened during our daytime so Aussies missed the show.

Universal Credit explained: How to get one-off payment worth up to £812 to help pay bills

How to Get Rich Investing in the Stock Market