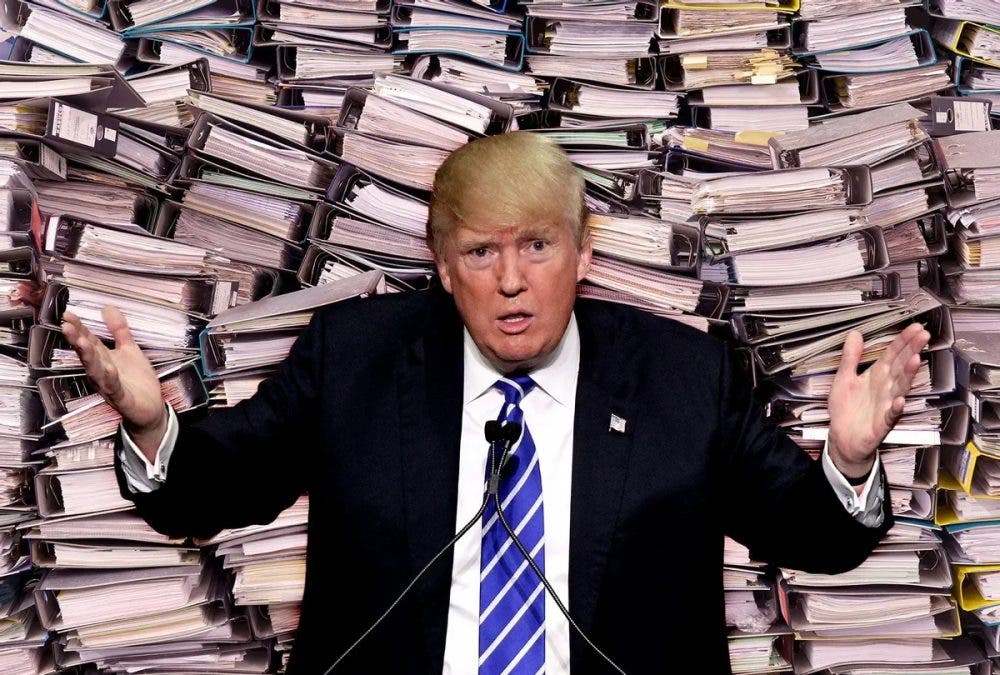 Though Judge Raymond Dearie was appointed earlier this year as a special master to go over documents for which Donald Trump claims privilege, the DOJ is saying they’ve had enough and that a court should overturn the decision, remove Dearie from the case, and hand over the documents.

Back in September, as the U.S. Justice Department examined boxes of documents removed from a storage room at Mar-a-Lago, where the former president was keeping them since allegedly illegally removing them from the White House, Trump found a sympathetic judge to hear his case.

Judge Aileen Cannon heard him out and ordered the DOJ to stop examining documents, and appointed Judge Dearie as a special master to go over all the documents Trump claims fall under privilege.

A swift reversal on appeal gave the DOJ access to many of the documents marked classified, but Dearie was given a period of time in which to examine the documents for which Trump is claiming privilege, before the DOJ can access them.

The DOJ is now having their appeal heard on that part of the order, asking for Dearie to step back entirely and let them get to work.

The DOJ argues that the special master’s possession of documents — for which, by the way, even Dearie has said Trump is failing to submit adequate evidence of privilege — is keeping their investigators from getting their job done.

It’s a job that’s suddenly become a bit more urgent, as Trump has declared a bid for the 2024 presidency, and Attorney General Merrick Garland has assigned a new special prosecutor, Jack Smith, to the case.

The Justice Department then moved for an expedited appeal to end Dearie’s review in its entirety, saying its inability to access the non-classified documents seized from Mar-a-Lago was also significantly hampering its ongoing criminal investigation…In a filing Monday afternoon, the Justice Department formally notified the court of Smith’s appointment and stated he had reviewed the filings in DOJ’s case and that he “approves all of the arguments that have been presented in the briefs and will be discussed at the oral argument.”

After Smith’s appointment was announced, Trump blasted the decision on his social media, declaring that the special prosecutor had only been assigned to counter his “really strong” polls, and that the whole thing was a witch hunt.

Between that appointment and the Tuesday hearing on Judge Dearie’s role, the document investigation could be about to really pick up speed.

Trump also asked on Tuesday for the release of an unredacted version of the affidavit submitted in support of the search warrant.

Trump just asked Judge Cannon for an unsealed version of the affidavit supporting the search of Mar-a-Lago.

However, even if the court rules in Trump’s favor and keeps the special master on the job, he was initially handed a November 30 deadline to assess documents for privilege — so Trump doesn’t have very long before the next stage of this investigation, no matter how this hearing comes out.

Previous articleCBS News announces they are pausing all Twitter activity and it’s unclear why they expect us to care
Next articleTrump’s latest dinner guest: Nick Fuentes, white supremacist