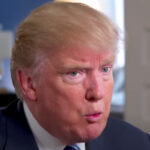 Arizona Republicans — some of them, at least — quickly adopted conspiracy theories about the midterm elections after a string of state-level losses. Kari Lake, who was running for governor and was defeated by Democratic contender Katie Hobbs, has explicitly pushed against certifying the results and has filed litigation over issues recorded on Election Day in Maricopa County.

Maricopa, which is Arizona’s largest county by population, saw some of the process of scanning ballots at polling places on Election Day break down in what recent reports have credited to printers producing ballots that weren’t darkened enough for scanners to read. There remains no evidence of a conspiracy to intentionally suppress Republican votes, whether through specifically targeting GOP-leaning areas or via generally targeting the sometimes Republican-leaning Election Day vote, and residents who encountered issues at their polling places were still able to cast ballots. Options reported on Election Day included leaving a ballot in a secured bin for later tabulation and going to another polling location, as long as you checked out at the first.

Richard Grenell, who served a stint in the Trump administration and has been involved in pushing election-related conspiracy theories, credited Hobbs — who is outgoing Secretary of State — for the printer issues, but a county official adeptly corrected him.

“At least 25% of the Election Day tabulators were broken,” Grenell claimed to his one million followers. “And @katiehobbs failed to have enough toner for printers on Election Day. (She had enough for the Democrat primary). This was purposeful suppression. People showed up to vote and couldn’t.” The last two sentences are brazen misrepresentations of the facts — and so is Grenell’s claim about Hobbs, according to Maricopa County Recorder Stephen Richer, whose job responsibilities include helping run elections. “Elections are administered at the county level,” Richer explained. “In Arizona, early voting and voter registration is administered by the 15 [county] Recorders (majority republican). Election Day and tabulation is administered by 15 Boards of supervisors (majority Republican). 0 by Hobbs.” In other words, Hobbs wasn’t running county-level early voting operations, voting on Election Day, or the tabulation of results once votes were marked.

“As part of elections administration, the office certifies: voting devices, election results, candidates and measures to the ballot, as well as the results of statewide elections,” the website for the Arizona Secretary of State’s office explains. Hobbs is also tasked with handling financial filings of Arizona lobbyists. The state-level certification of statewide election results comes after local officials also attest to the numbers. After the midterms, Maricopa County will be meeting Monday to conduct a countywide canvass, a process that for now may finalize the county’s handling of the results — although litigation continues while multiple recounts also loom. After the 2020 elections, Republicans attempted to upend the canvassing and certification process, but the chair of the Maricopa County board pledged the jurisdiction wouldn’t engage in “delays or games” following this year’s high-profile races.

Elections are administered at the county level.

In Arizona, early voting and voter registration is administered by the 15 country Recorders (majority republican).

Election Day and tabulation is administered by 15 Boards of supervisors (majority Republican).