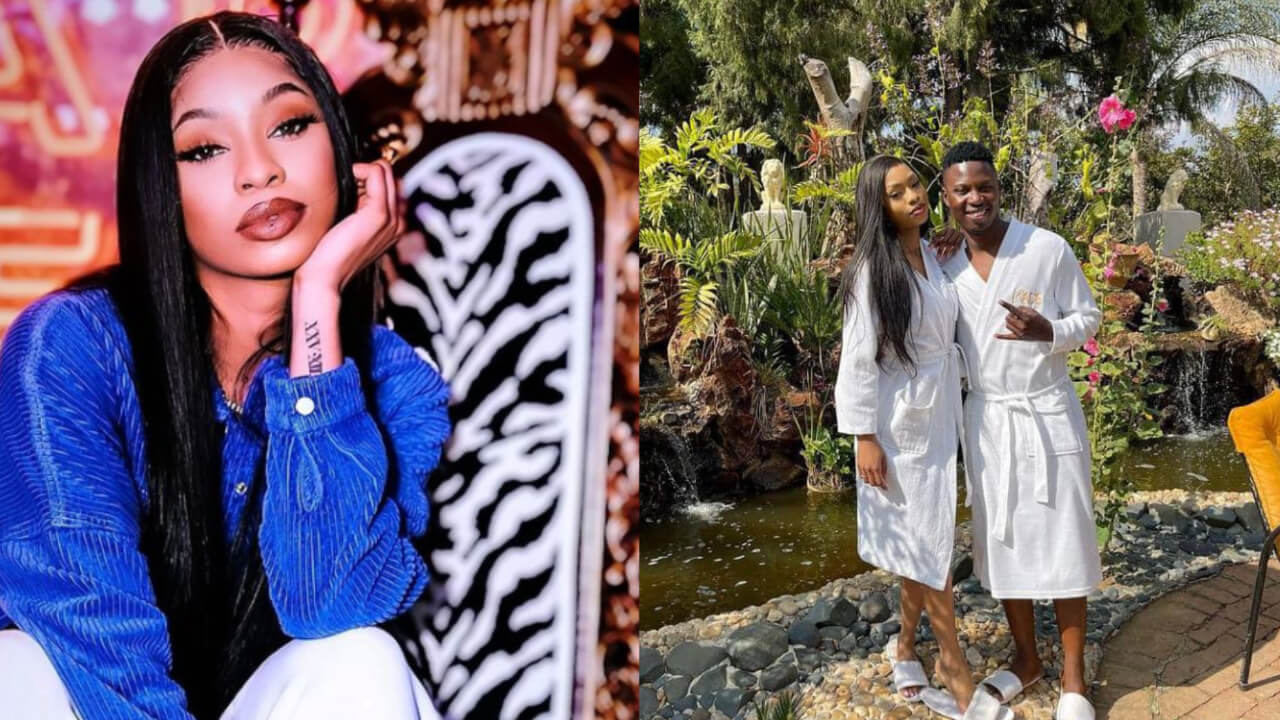 Zimbabwe Rnb singer Shashl has opened up after her bedroom tape with Zimdancehall Dj Levels was leaked on social media.

Speaking out after the video leaked, Shashl, daughter of former Health Minister, Obadiah Moyo, has accused Levels of leaking their bedroom tape as revenge. She says that Levels leaked the s*xtape because she told him that she doesn’t want to be with him anymore.

The Ghetto Buddies hitmaker explained that this is not the first time, Levels has leaked their private pictures. She claims he once leaked a video of them kissing after she wanted to break up with him sometime this year.

Shashl revealed that Levels has been physically and verbally abusing her.

She said that Levels would beat her up or shout at her if she doesn’t pick up his calls. Shashl revealed that at one time she was left with bruises after Levels assaulted her.

Listen to the audio below;

Meanwhile, earlier today Levels issued an apology on social media after his bedroom picture was leaked.

In the picture circulating on social media, Levels can be seen standing stark naked in front of a mirror while holding his phone capturing the reflection.

In his apology, Levels explained that his picture was leaked by a person who stole his phone at a local joint.

I would like to apologize to my fans, family, my bosses nemi mese vanyarikani
Please forgive me
Maoneswa zvinhu zvakadai I’m very sorry
I’m not going to blame anyone but myself
Thank God zvabva zvatopera hachisisina chimwe chakapfuura zvavaita
I promise you never see such again I’m sorry my Samsung s21 was stolen from pabloz nezuro after a small fight so these were in phone but I’m sure they are done now.

Previous articleFederal Register :: Collection or Recovery by VA for Humanitarian Care or Services and for Certain Other Care and Services
Next articlePhysician and Mom: How to Stay Close as a Family Over Time