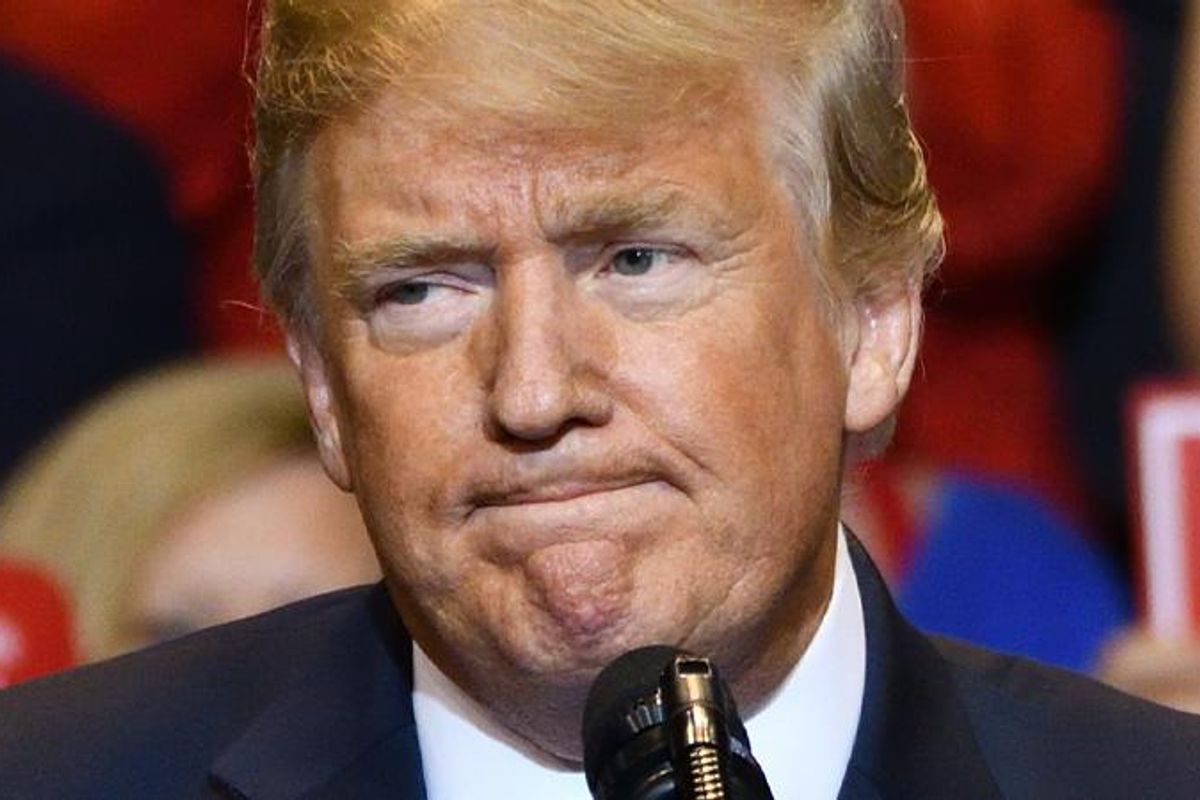 On MSNBC Thursday, liberal podcaster Tommy Vietor mocked former President Donald Trump as a “gigantic loser” whose party wants him to stay away from campaigning for his own endorsed Georgia Senate candidate, former football star Herschel Walker, as he attempts to overcome numerous scandals and a new allegation of domestic abuse to unseat Democratic Sen. Rev. Raphael Warnock.

The discussion came during a debate over Democrats’ decision to send former President Barack Obama, as opposed to sitting President Joe Biden, to rally Democrats ahead of the final days of early voting.

“Do you think Biden is as good a president as Obama, whom you served?” said anchor Ari Melber. “Less? Better?”

“Oh my god, I will not take that question,” said Vietor. “I think President Biden has done an incredible job, extraordinarily kind and decent and empathetic man. He has led the country in an unbelievably difficult time, out of a pandemic, he’s dealing with inflation, passed the Inflation Reduction Act, which is a historic investment in climate change, the CHIPS Act, which is an incredible China competitiveness act. He’s got a record to run on, he’s a great human being.”

“As good as Obama?” Melber pressed him. “I’m just curious.”

“We’ll find out,” said Vietor. “He hasn’t been president for eight years, you can’t judge them against each other. Donald Trump has the stink of loser wafting off him, like when you would walk into an Abercrombie & Fitch in middle school and the Woods cologne would hit you in the face. Donald Trump is a loser. They can’t bring him to Georgia. He’s an embarrassment. That’s another great thing, he will likely run against Donald Trump, who is a gigantic loser and his own party doesn’t want to be seen with him. That’s a good thing for the Democratic Party.”