Liz Cheney Declares Trump ‘An Enemy Of The Constitution’ 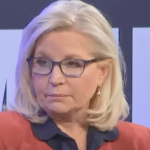 Representative Liz Cheney (R-WY) has been showing America what a patriotic Republican looks like. The daughter of former Vice President is not in the least liberal, but both Cheney and Democrats believe in a strong American government. As the Vice Chair of the House January 6 Select Committee puts it, “Trump is an enemy of the Constitution.”

The Wyoming representative was incensed that the ex-president of these United States would claim that “all rules, regulations, and articles even those found in the constitution” be dropped. After all, Trump made the claim just so that he could reclaim the American presidency.

Trump has a history of doing something worse than his last unimaginable act. But when he suggested tearing up the foundation of America’s government, the U.S. Constitution, he went too far and stepped into the absurd realm. But Cheney was furious when she wrote:

‘Donald Trump believes we should terminate “all rules, regulations and articles, even those found in the Constitution” to overturn the 2020 election. That was his view on 1/6 and remains his view today. No honest person can now deny that Trump is an enemy of the Constitution.‘ 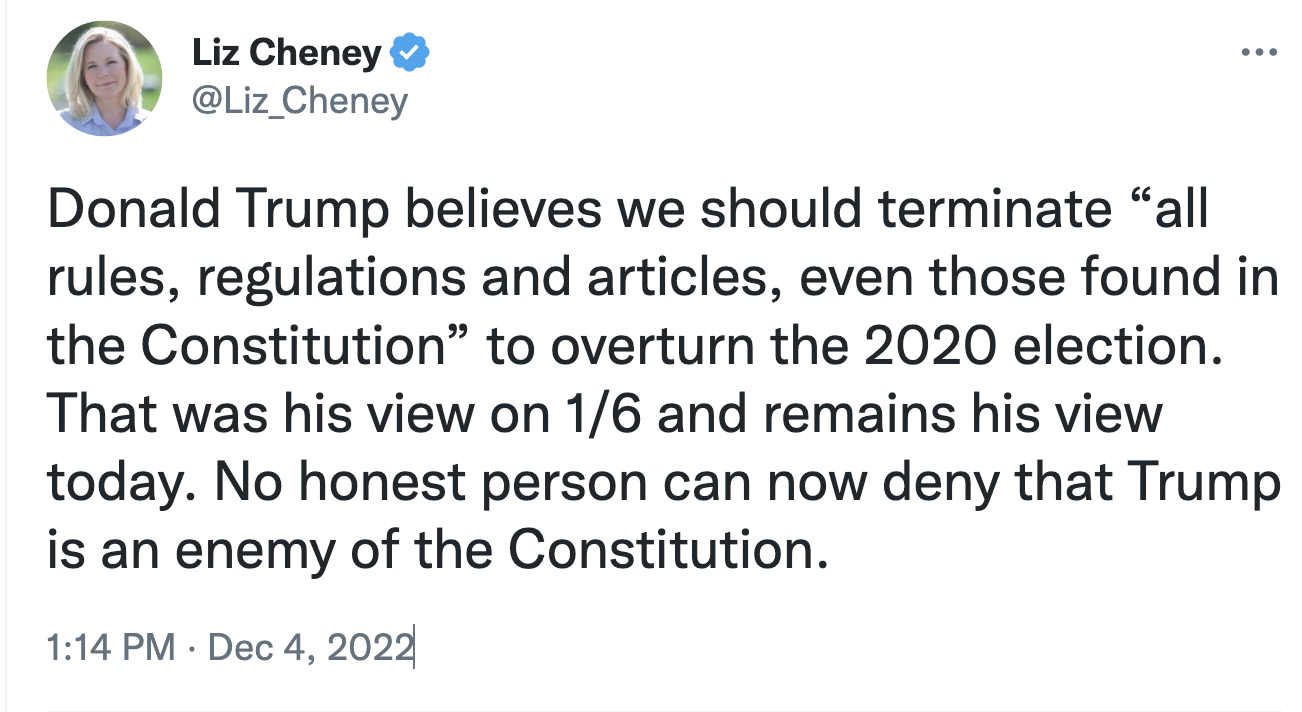 What Donald Trump did on January 6 was exactly “overturn the Constitution.” Today, even as plainly he called for the same, Americans could see more clearly what this man was really all about. The “malignant narcissist” as his niece and trained psychologist Mary Trump labeled her uncle, has all along been willing to do whatever it took to return to the presidency.
The ex-president has been buffering against a series of lawsuits. If found guilty of the charges, he would no longer be eligible to sit in the president’s chair. People would not know that until well into the 2024 elections due to his habit of delaying activities. And by that time, the Republican Party running the ex-POTUS for president would be without a candidate. And they would be screwed.
True, Trump’s statement to ditch our Constitution was absurd. But it was exactly his view on January 6, and that was unforgivable.
Featured image is a screenshot via YouTube.

The post Liz Cheney Declares Trump ‘An Enemy Of The Constitution’ appeared first on Bipartisan Report.