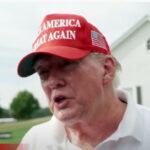 With the 11th Circuit Court of Appeals having decided (via a three-judge panel) on an end to the review by a court-appointed third party known as a special master of unclassified items seized from Trump in the probe into his harboring of federally classified docs, recently selected Special Counsel Jack Smith is asking federal Judge Aileen Cannon — who was responsible for approving the special master — to extend looming deadlines for key parts of the special master’s review.

The extension could essentially constitute a confirmation those portions of the work won’t be completed — unless Trump gets help from another judicial authority. The new filing laying out Smith’s position, which has several other department names attached, pushes for the extension — which would even cover the issuance of the special master’s final recommendations — in the interest of efficiency, since the legal process kickstarted by the appeals court moving forward could render work completed in the following days moot. The appeals judges concluded there simply wasn’t an appropriate legal foundation for establishing either a general or more specific rule that could allow Trump to bring the challenge and see his desire for a special master carried out. The government argued prior to the appeals decision that Donald’s contention about many of the seized records being personal in nature was insufficient for the selection of a special master. Personal records are pretty ordinarily swept up by government searches and seizures.

Trump’s legal team is opposing extending the special master deadlines, although their arguments were shorter. One of their first lines of argument was a complaint about the short turnaround time provided by the government for the Trump legal team’s input before Smith’s filing was finalized. “The Government filed its Motion after unilaterally setting an overnight deadline for counsel to President Trump to provide their position, then filed its Motion before that arbitrarily set deadline for response had run,” they alleged. The Trump legal team didn’t include much at all in terms of real substance, although they noted they were available for a conference starting on Tuesday. Smith’s filing noted that rules for civil procedure ordain that the rules be administered with an eye for efficiency, which has a practical effect on costs — among other things, like sometimes strained court schedules.

Both the Smith and Trump filings were made on Friday. The decision on whether to grant or deny the government’s delay request for the deadlines remains up to Judge Aileen Cannon, who originally approved Judge Raymond Dearie as special master after input from the government and Trump. The special master’s review has yet to produce much of anything substantial that supports Donald’s case, beyond a delay that’s about to be undone. Smith was specifically provided the authority to issue criminal charges in both investigations he is overseeing, a list that also includes the multi-faceted probe into political schemes to keep Trump in power after the last election despite his loss.